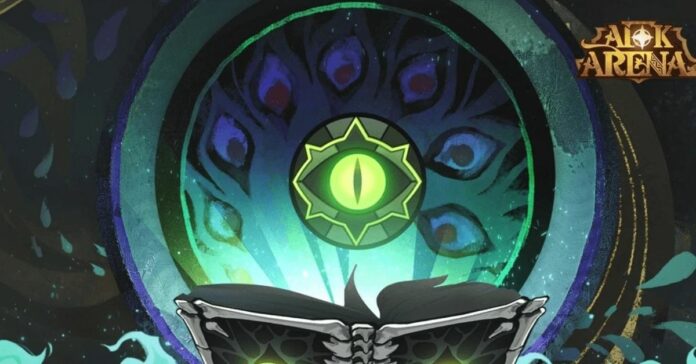 A series of AFK Arena guides have reached the legion of otherworldly warriors, whose name is “Hypogean.” Demons, succubi, and spirits have gathered under the banners of the Hypogean to bring destruction and terror to the world of Esperia.

In the guide, you will meet the strongest heroes of the Hypogean faction and learn about a crushing squad that can bring problems to everyone who dares to stand in your way!

At the moment, there are 6 heroes of the Hypogean faction in AFK Arena. Collected in one team, the fiends of hell receive very powerful bonuses:

Another reason to gather a full legion of demons is the unique faction penalty of the Hypogean faction. The heroes of the Hypogean receive 25% more damage from the Celestials faction, but they also deal 25% more damage to the same hated inhabitants of the sky. Thus, a team of five demons will be equally deadly in battle with the heroes of any other factions of AFK Arena.

Ezizh Is the Best Hero of the Hypogean Faction

The Nightmare Lord Ezizh is a frontline hero, but also able to play the role of a supporting character. The active skill Feeble Mind forces an opponent to go in the direction of the demon. Approaching the caster, the victim takes 210% physical damage.

In Ezizh’s arsenal, there is a very useful spell Horrify. It deals 160% physical damage to all enemy heroes and blocks the use of special abilities for 3 seconds.

Ezizh’s ultimate skill Fissure creates an explosion that deals 180% damage to all enemies around the demon. After the explosion, the ground burns with hellfire, which deals damage over time for 5 seconds.

Ezizh has a useful passive skill. The demon enrages allies, increasing their energy recovery rate to 40 points for 3 seconds.

Mesoth Is Another Cool Character of the Hypogean Faction

Applying Demonic Hunger, Mesoth will cover himself with a shield with a durability of 10% of his maximum health. When the skill is active, the hero will be able to attack everyone around and reduce the acceleration of opponents by 50 points for 7 seconds.

These were the best Hypogean heroes in the AFK Arena guide. While you are here, take a look at the best heroes for passing the labyrinth in this game. 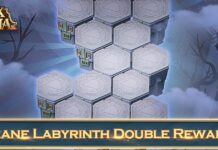 The Best Heroes for Passing the Labyrinth in AFK Arena 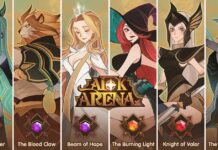 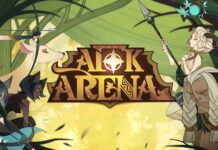 How to redeem codes in AFK Arena