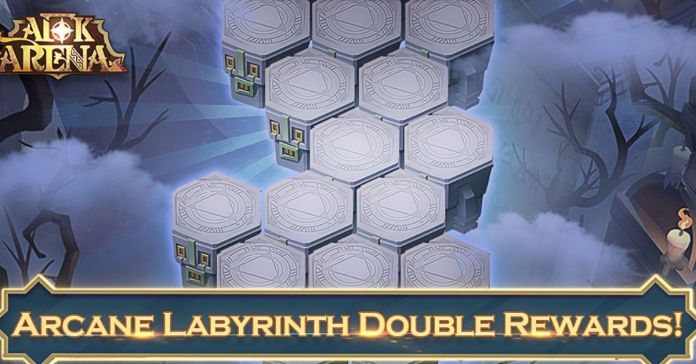 Over the past few years, AFK Arena has grown exponentially, with several new modes and many heroes added to the game. This made it difficult to choose a team to deal with various activities within the campaign. For example, the Labyrinth is one of the oldest and most interesting locations in AFK Arena.

In this guide, you will find out which heroes are best suited for the Labyrinth raid. The list below is universal and relevant for all phases of the game from the beginning to the endgame. It was formed based on the reviews of the best and most experienced players.

The representative of the Wilder faction, Eironn has been the strongest hero for the Labyrinth since his appearance in AFK Arena. His strengths are the ranged damage with the Elemental Surge ultimate ability and the wind blade skill.

Eiron has a low level of defense and health, so most players put him on the backline. However, if your team has several healers, you can put him on the front lines. It’s risky, but with the right use of abilities, you will get a huge boost to your offensive power.

Rowan is a classic support hero with a low attack, but very useful skills to strengthen/heal allies. All his abilities are divided into 2 types:

Rowan is hard to kill since some of the damage done to him is compensated by the loss of energy, not health. His ability to stun opponents for a few seconds is perfectly combined with the high offensive potential of the team. One such pause in the enemy’s actions can instantly turn the battle in your favor.

Another support fighter from the Lightbearer faction. Rosaline specializes in strengthening one ally, usually the strongest frontline or backline fighter.

Among the heroine’s abilities, Afternoon Tea stands out, restoring 150% of health to the allied character. Less notable, but just as effective, is the Crazy Crockery skill, which stuns opponents when hit by a projectile.

A combination of Rosaline and Rowan is one of the most effective combinations in AFK Arena. The first one perfectly counteracts enemies with ranged attacks and strengthens the most powerful hero, and the second one speeds up teammates’ energy recovery.

These were the best heroes for the Labyrinth in AFK Arena. Do you have any other recommendations on how to deal with Labyrinth? Please write them in the comments section below.

The Best Heroes for Passing the Labyrinth in AFK Arena