Last month, a special event called Maximus Cup has been launched for Tetris 99, allowing some skilled players to earn My Nintendo Gold Points. The event is coming back, with a twist, later this week.

The second Maximus Cup will begin on April 12th and end on April 14th. Unlike the first cup, where players needed to win a match to earn points, this time just placing as high as possible will be enough to earn them. On April 28th, the top 999 players who earned the most points will be rewarded with 999 My Nintendo Points. 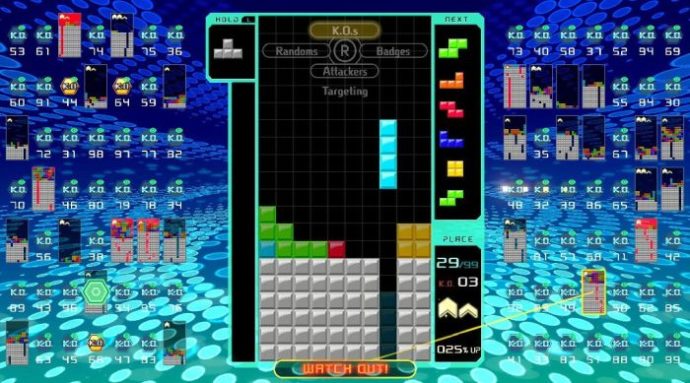 Tetris 99 is a unique take on the modern Tetris formula, pitting players against 99 others. The player who manages to survive until the end of the match wins it.

While the game plays like regular Tetris, there are a few features that make it much more than that, such as the ability to choose which player to attack, which allows players to develop a variety of strategies, adding more depth to the experience.

Tetris 99 is now available on the eShop for free in all regions.