Home Guides Terraria: How to Get the Feral Claws 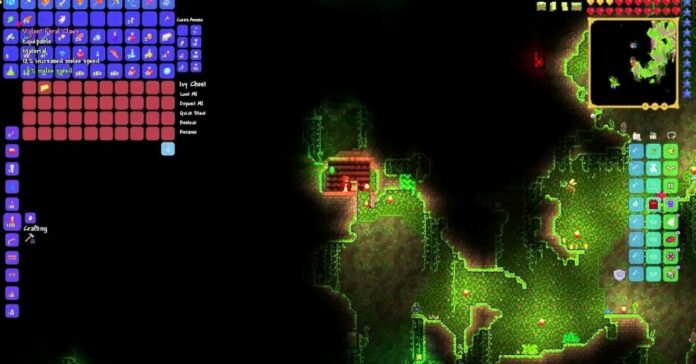 Feral Claws in Terraria is an accessory that increases melee attack speed by 12%. Moreover, this buff can be stacked with similar gains from other items. Thus, this item is a useful one at any stage of the game. In this guide, we will tell you everything you need to know about Feral Claws, their effect, and how to get them.

How Do Feral Claws Work in Terraria?

These claws add an auto-attack property to all whips and melee weapons that allow you to strike continuously while holding the attack button. If this item is not used, the key must be pressed again for each hit.

RELATED: Terraria: How to Summon and Defeat the Brain of Cthulhu

This feature should be taken into account when comparing weapons with each other, as it allows you to maximize the number of hits on the enemy.

For example, if you discard all other statistics, then a weapon with this property, which does 30 base damage, may be preferable to the usual one but does 34 damage.

How to Get Feral Claws in Terraria

Feral Claws in Terraria can be found in the following places:

Pay attention that if you no longer need feral claws, you still don’t have to sell them. The thing is that Feral Claws and Titan Glove are required to craft the Power Glove.

How to Get a Lucky Horseshoe in Terraria