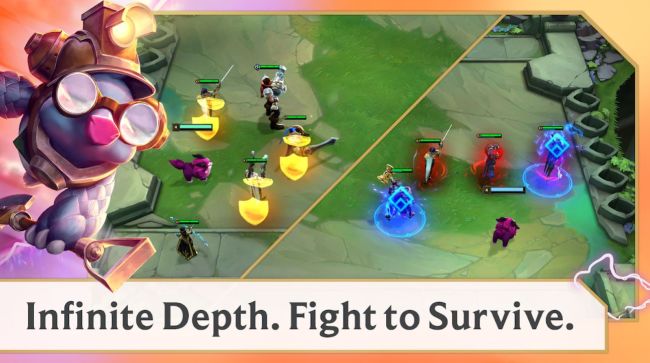 If you want to learn what are some of the best teams in TFT, then you landed in the best place! Today we are going to cover all of the best team compositions in Teamfight Tactics and help you make the right picks when it comes to choosing heroes.

Are you not yet familiar enough with the game? Well, then you should check out our game guide where we tell you all the tips and tricks that you need to know in order to win more games!

One other thing worth mentioning, regardless of this article, is to always follow the meta and see what’s been buffed and what has been nerfed after each patch and try to build around that!

And with these being out of the way, it’s time for me to get to the important part, what you came here for: the TFT best team comps!

This composition is one which basically needs a lot of early AD items and all of them focused on your best Ranger units.

You can try this build if you manage to get some early items for them, such as Statikk Shiv or Infinity Edge or anything that can Crit has benefits from high attack speed.

For this composition you will want some front liners, who will protect the super squishy Rangers. That’s why, you will need to combine them with Wardens.

In the early game just find 2 rangers, which will most likely be Vayne (1 cost unit) and Varus (2 cost unit). Use them, along with 2 Wardens and start building Ranger items on them as you will sell them later on and give the items to the better units.

In the mid game you can go for Varus and Kindred, by replacing Vayne. You can also try to get a fourth one and instead of replacing Vayne you can just play with 4 Rangers and 2 Wardens.

With this team composition you can have 4 Rangers buff, 3 Poison, 2 Warden and 2 Crystal which is super useful for Taric (and Ashe as well). This team is a good for pretty much everything end game, but until you find the two 5 cost units (Singed and Taric) you can use others, such as Leona and Karma or Kog’Maw.

This comp is and has been one of the best and most difficult to play against for a very long time. This team composition focuses on Kindred as the main carry, as Kindred is pretty much broken and has a Morello integrated in her kit (her skill effect = Morellonomicon effect).

Since Kindred is the main carry, she needs both Seraph’s Embrace and Rabadon’s Deathcap.

I suggest that if you can’t get these items as early as possible, you better don’t play this comp. If you are lucky enough and have several Tears early on you can build Spear of Shojin and/or Seraph’s Embrace on Malzahar too.

Early game it’s pretty easy to get the 3 Inferno buff, so try to get the 3 first Inferno units that come and work with them. Zyra should be among them (is a must) because if later on you can’t get a Yorick 2 star, then you can use Zyra instead. You can use units such as Vayne, Varus, Diana, Zyra.

Now you should start looking for Kindred. Try getting the two other Shadow champions that you need also, Malzahar and Sion. A perfect mid-game team would have 3 Inferno, 3 Shadow and hopefully 3 Summoner too in it.

Needless to say, the two Ocean-Wardens are there as a front line and to further buff the rest of the team by giving them Mana from the Ocean buff.

Another super fun team composition that will literally melt the enemies. This team comp can be completed at level 6, which is quite early, but it’s not the “best” quite yet at level 6 only.

This team only needs to survive in order to kill the enemy pretty much, so you will want to build some “tanky” items for your team, so that they can live for as long as possible. A Locket of the Iron Solari might be a very good idea if you want to surprise the enemy big time.

I’ve played this comp a million times, and out of 10 games in a row, 8 I finished in top 2 and the rest in top 4. I believe that if you want to climb, this is the comp that you can play as long as it doesn’t get too nerfed by the patches, no matter what the meta is.

Try to get 3 Inferno units ASAP. Else, you can try to get Vayne and Varus or so to have the Ranger buff, until you get the others. Tho, the best would be Diana, Zyra, Varus and another tanky unit which you can get 2 star early on.

Here you want Kindred and Varus ASAP. This team comp relies heavily on Kindred again, as the champion is pretty much broken. Try getting the 2 Wardens-Ocean (Nautilus and Thresh) as front line until you build up the rest of the Inferno units.

This team composition is the most broken one if you manage to get all of these units before your opponents. The Nautilus – Nami are good for the Ocean buff, Nautilus has a good synergy with Amumu because of the Warden buff and Nami’s skill is just OP.

Ocean + Mage + Mountain (bear with me)

This is another “broken” comp which will make your enemies want to quit the game. If Brand has not been affected by the nerfs in a patch, then it is very much viable as he is the main carry.

3 Mages can be arguably better than 6 Mages, because you don’t have to use the other units which are squishy and unreliable and can use other, better units and try to keep Brand safe for long enough to wipe the enemy team.

There are two main items which you need in order to go for this build: Morellonomicon and Seraph’s Embrace. Both of them will go on Brand, so get ready to pick all the Rods that you can see!

You can use pretty much anything early on, 3 Mages, or any units that you can build Brand’s items on and then sell them. The only 1 cost units you will keep in the end game are Vladimir and Taliyah, as they have synergy with the other units you will use and will complete the Mage comp.

In the mid game you can use 3 Woodland-Druids, or anything that you can make until you find the late game units. It’s a pretty forgiving build, but you need to get to the late game and get those Brands on!

Don’t ask too many questions – first try it! It’s seriously one of the most fun team compositions I have played, as the “supports” give you the Mystic buff that makes the front liners even more tanky, and then there you have it: a Brand with a tanky front line, tanky stats and buffs coming left and right from Thresh’s skill, Nami’s and Janna’s.

If you want to pretty much have the entire game hate you, then you probably know that Veigar is the only certain way. People will awe the second you make a 3 star Veigar and that is your goal ASAP.

It’s pretty much a gamble, but the satisfaction is guaranteed once your Veigar is 3 stars, even if you have no other units to have synergy with him.

However, because you want a broken, team, then we will pair him up with some Shadow units and 2 Mages so that he has a chance to 1-shot two enemies at once.

In the early game you might even get a Veigar from the drops, but chances are low – so until you do, try to roll with Woodland- Druid and start saving for the 50 Gold + bonus that you get (5 Gold). Every little gold will help you because rerolling for Veigar is an expensive thing!

In the mid game you will be able to get all of the units, and because they are mainly 6 core units, it’s easy to get them all. So look for Vladimir, Syndra, Veigar, Sion, Kindred and Thresh or another front liner.

In the end game, you should have 2 Seraph’s Embraces on your Veigar (to make him even more broken) and to give your enemy a harder time, give Veigar a Quicksilver too and make him immune to first CC.

These would be all of our picks for the best team compositions in Teamfight Tactics! What are some of your favorite team compositions and why? Leave a comment down in the comments section below and tell us why!

Or, if you are curious, you can check out our article about all TFT team compositions here. 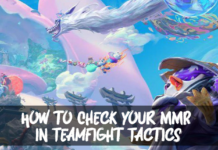 How to Check MMR in Teamfight Tactics 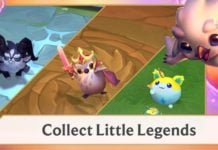 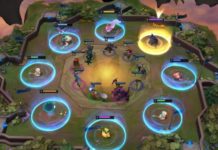