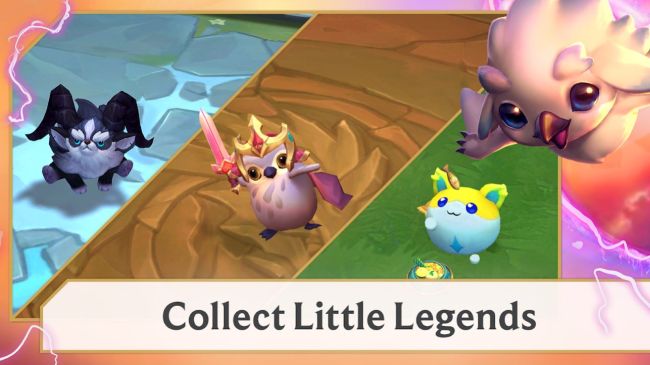 In today’s article we are going to share with you all of our Teamfight Tactics tips and cheats to help you win more games, and to become much better at the game in a matter of minutes!

I have been playing TFT for quite a while now, and if you want to learn how to climb elo much faster or to simply make better decisions, then you’re in the right place! Because this game is all about tactics and strategy, you will have to be ready and patient – do you have that?

Well then, that is great! So since you’re here, let’s not waste another moment and dive right into the Teamfight Tactics tips and tricks that we have for you right now and teach you everything that you need to know about TFT!

When in the first carousel, start your strategy

The first “carousel” is basically the first picking phase right as the game starts. You can go move around in circles (without tapping inside the locked circle) to position yourself for what you are about to pick, but there is a trick to this.

Once you spotted the item you actually want to get, you will need to position yourself a little bit ahead of it, because the items are moving clockwise (so it will move towards you) and when the locked circle disappears, you can quickly go in and pick your desired item.

So let’s say for example that the item you want is a Spatula and it is on a champion (doesn’t matter which champion, because you are going for items in this phase, not champions) which is at around 12 o’clock when the camera zooms out and you can start choosing. By the time the lock phase is over, and you can pick, the item will be at around 6-7 o’clock.

So try to position your character there, and wait patiently until the lock phase is over and then quickly rush to pick it before someone else does!

This is all a matter of getting used to the game and once you have figured it out, it will be super easy to find the position of where you need to stay to get the items you want.

What items to go for at start?

This is the ever confusing question which can drive you crazy at start, especially when you see an item that you like and 5 other people struggling to get it.

Well, if that is the case, then chances are you will have a harder time picking it up as the Little Legends can’t overlap and you will actually have to walk around an opponent’s Little Legend (which takes time).

Since most of the people are going for Spatulas like hawks, you can try to pick another item if that is too difficult to get. These are the best items to pick in the beginning:

– Needlessly Large Rod (the pink AP item) – it works both for champions which use AP, for making various items, or for AD ones who need a Rageblade.

– Giant’s Belt (HP item) – it is good for making Red Buff, Morellonomicon or even a Warmog’s so it can work for pretty much everything.

(optional) – Sparring Gloves – this works well, both for AP or AD compositions, as well as for making Thief’s Gloves.

Of course, you can try going for the other items as well, but I really don’t see better picks early on than these. The Spatula, Needlessly Large Rod and Giant’s Belt are some of the most used items as they work for pretty much everything and can adapt easily.

Buy all the cheap units and make them work

At the very beginning you will want to get many 1 cost units as they are the easiest to star up. You should make some team composition which has a few 2 star 1-cost and 2-cost units and with that, you can try to swap them out as you get the units you want.

Either way, it’s easy to get at the beginning a few 2 star units and use them to help keep your Little Legend healthy for a while, then slowly swap to the units you want.

Star up the units before placing them down

There will always be a better choice to put a 2 star unit instead of a 1 star one. So make sure that you do that, because placing a 1 star unit is not really ideal.

The only time it is preferred to have a 1 star unit over a random 2 star unit is when you complete a good team composition, such as 6 Mages and so on.

Now you always need to take into account the team compositions – Mages, Glacials, Rangers and so on and build depending on what are the units you get the most. That is how it will be easier to star them up.

Sometimes it takes a little bit for a complete team synergy to kick off, so you might need items to give to the carries, you need a front line and also to star everything up (at least 2 stars) then place them accordingly.

Another good thing to know about the game is that the shared cards you can pick from (the units in the bottom side of the screen) are shared! So if a player sells a unit, a Veigar let’s say, if another player resets for new cards, they might get that Veigar among them!

So that is why you always need to check your opponents and scout to see what they are building.

If a player is building one type of units, you need to make sure that you try and not make the same build as the chances are they might have a lot of the units you want and you will not get them so easily.

Make a couple of carry champions

Some of the champions you get and star up first should be the ones you make as your carry champions.

No matter if it is Syndra (2 star unit with good AoE skill and benefits from the Mage/Ocean bonus) or Varus (another decent 2 star unit who gets Ranger/Inferno bonus) or any other, you can build the whole team around the and try to let them carry for you.

Some of the best low cost carries in my opinion are Veigar (3 cost), Syndra, Kindred, Zyra, Qiyana, Rek’Sai, Skarner, Nocturne, and a few others – but it’s up to you to test it with different builds.

Also, try to have 2 carries on the team because if one of them dies, you still want the fight to go on in your favor. So if possible, make two of them your main carries and the rest basically “meat shields”.

Use the arena type in your favor

At the beginning of each match, there will be a pretty important choice that you have to make. Depending on which arena you get in the game, you can choose to either build around that or to build for something that has a good synergy with that arena.

There are 4 types of arenas:

– Fire: it will place fire hexes with increase the character’s attack speed by 30% and it will make Qiyana Inferno Assassin.

– Mountain: it will place mountain hexes which give +30 HP per round to the champion placed there, until the end of the game and it will make Qiyana Mountain Assassin.

– Ocean: it will give champions placed in the hex +30 starting Mana and make Qiyana Ocean Assassin.

– Cloud: it will give champions within the hex +30% dodge chance and make Qiyana Cloud Assassin.

Depending on which arena you get, it might be easier to get 3 Cloud buff, or 2 Mountain buff for the 1500 Shield, or even Inferno buff. Now take these into consideration whenever you start off the game and depending on which unit you get, try to make the hexes work into your build.

Always try to save up Gold

Another thing which I have found that it helped me in 9 out of 10 games, was if I got to 50 Gold and kept the 5 Gold bonus going. That is because you will constantly get a lot of Gold which you can use to reroll and/or upgrade your level quickly.

Keep in mind that you always get +1 Gold for winning a match, so if you are at 9 Gold and you win a match, you will have 10 Gold for that round which will give you +1 extra Gold as shown above.

Level up whenever you can

Another super useful thing that I do when I save Gold is to level up. Keep adding 4 points into level all the time that I can, just enough to still keep some Gold for the extra Gold bonus.

Leveling is key because you can add more units the more you level up, up to maximum level 9. I really suggest that you try to save up Gold and when you are at 24 for example, you use that extra 4 to add to the level. In my opinion it’s easier to keep a steady progress like this and not fall behind in level.

These would be all of our Teamfight Tactics tips and tricks that we have for you right now! Is there something else that you want to learn about the game? Or maybe you have your own suggestions and tips and want to share them with us! Well then make sure to leave them down in the comments section below!