Super Smash Bros. Ultimate is soon going to get its second DLC character, and the first included in the Battle Pass, Joker from Persona 5, but we have yet to see the character in action. Thanks to a new ad, however, we are now able to see how he will look like in the Nintendo game.

A new ad from Best Buy features a brand new render of Joker, which likely represents how the character’s amiibo will look like. 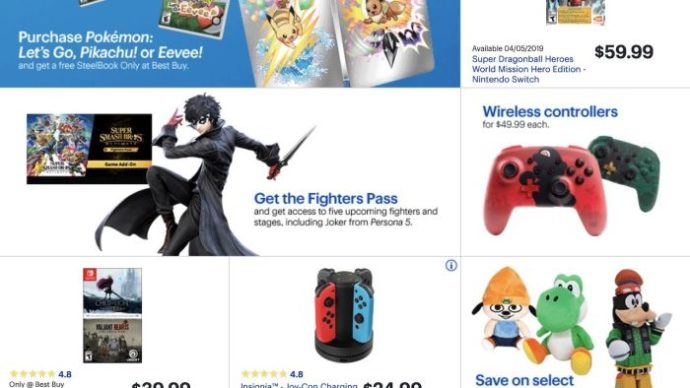 Joker has yet to received a final release date, but the character should be released before the end of this month. Now that the render is out, it probably won’t take much longer to see him finally in action.

Super Smash Bros. Ultimate is the latest entry in the series. The game is one of the biggest releases for the series in terms of playable fighters and stages, as it includes all of the characters that have appeared in the series, including guests like Solid Snake, Bayonetta, Ryu and Cloud Strife. Brand new characters are also in, like King K. Roll from the Donkey Kong Country series, Simon and Richter Belmont from Castlevania, Ken from Street Fighter and others.

Super Smash Bros. Ultimate is now out in all regions on Nintendo Switch.