Home Switch Super Mario Bros. 35 Has Been In Development Even Before Tetris 99... 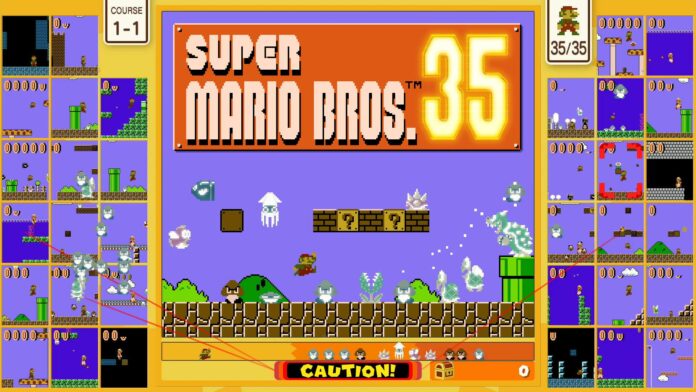 Super Mario Bros. 35 has just been released on the Nintendo Switch eShop, combining the classic Super Mario Bros. experience with battle royale mechanics. While the game itself is new, the concept really isn’t, as there was a fan game that attempted to do the same things that Super Mario Bros. 35 does. The developer, however, denied that it has been influenced by the fan-made game.

In a now-deleted tweet from an Arika developer translated by PushDustin, it has been confirmed that Super Mario Bros. 35 has been in development for a long time, and before Tetris 99, another unique take on the battle royale genre, released.

Super Mario Bros. 35 definitely has the potential of becoming a staple of the Nintendo Switch Online service as much as Tetris 99 has become recently. The battle royale formula may need some tweaking, but it is undeniable that it has a lot of potential.

Super Mario Bros. 35 Has Been In Development Even Before Tetris 99 Has Been Released