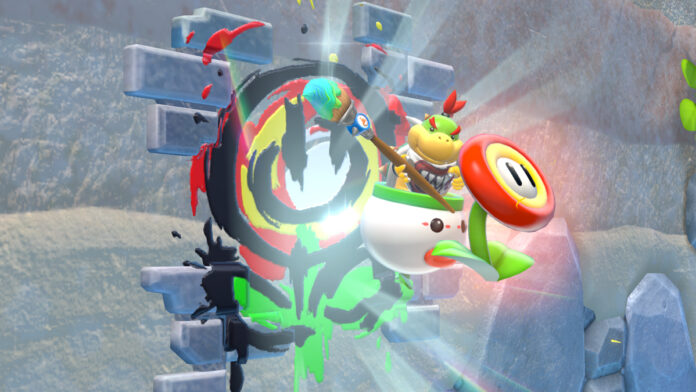 The Bowser’s Fury expansion included in Super Mario 3D World + Bowser’s Fury is going to bring not only brand new gameplay mechanics, but also a few options that will let players tweak the experience to their liking.

The new options included in Super Mario 3D World + Bowser’s Fury have been revealed thanks to a few new screenshots that have been shared online on the Mario 35th Anniversary official Twitter. According to one of these screenshots, it will be possible to change the level of assistance that Bowser Jr. will provide. The expansion will also include additional camera settings.

The Bowser’s Fury expansion is definitely the highlight of Super Mario 3D World + Bowser’s Fury. The expansion will feature an action-packed, free-roaming experience where Mario and Bowser Jr. team up to defeat Bowser. Staying true to the multiplayer nature of the entire experience, two players will be able to enjoy this experience together.