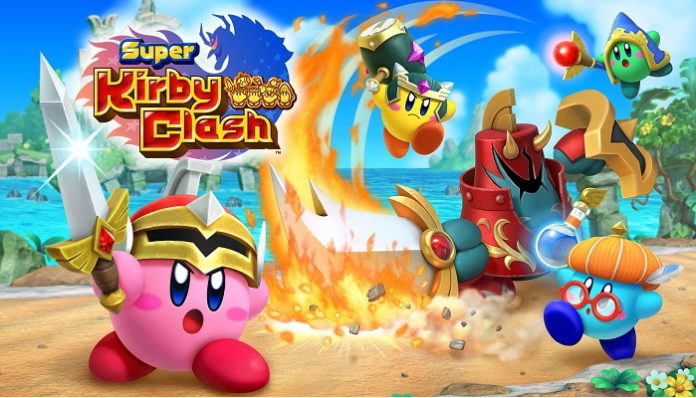 Welcome back, Team Kirby! Today we are hitting up Super Kirby Clash once more, and this time we have a beginner’s guide with general tips on how to make your adventure as smooth as possible.

Super Kirby Clash may seem cute and simple on the surface, but it is actually a pretty deep game. Read our Super Kirby Clash tips and tricks guide to starting the adventure to know some important stuff!

Once your journey has begun and you want in-depth strategies, we have our Super Kirby Clash Complete Roles and Move List Guide that examines the four roles closely. Go there once you are done here!

Every role has at least one move that grants them “invincibility frames”. This basically means that during that move’s animation, you are invulnerable to attack. You can tell which moves have this if Kirby is flashing white as he is doing the move.

You can see this yourself with one of Kirby’s default moves: dodging! Holding down guard and moving in a direction will cause Kirby to sidestep, rendering him invincible for the duration of the animation.

Try not to take too many hits head on! You want to guard to mitigate as much damage as possible. The bosses later on hit pretty hard, so know when to guard!

Alternate between quests and party quests

Keep in mind that both of your vigor meters recharge at the same time, so if you run out of vigor for one type of quest, you can start doing the other kind. This is beneficial too because party quests give you bonus experience, so you should try to do those more often.

You do not need to worry about this too much early on as you will usually level up after a few quests, which restores your vigor to max. Later on though, try to even it out your quests so that you get the most out of your current level.

Collecting all four Power Tablets enables you to perform a Team Meteor, which deals massive damage and stuns the boss for a long time, opening them for some big damage.

Power Tablets do not pop out of the bosses until you have inflicted enough damage first, but once they do start flying out be sure to grab them right away.

There are only a few exceptions to this. One example is if your Beam Mage is about to stop time, it is better to go in and deal some damage. You can grab the power tablet after time resumes normally.

Make sure to collect your gem apples!

The gem apple tree replenishes every 12 hours. It is very important that you collect your gem apples as soon as you can, especially if you are not planning on paying real money.

Gem apples are crucial for progression in Super Kirby Clash, considering that you need them to unlock new bosses and gear!

If you do end up spending money to buy extra gem apples, you will be pleasantly surprised that the tree grows when you have purchased a certain amount of gem apples. This means that each harvest is worth significantly more gem apples!

There are codexes you can buy in the Support Item shop that grant you various permanent boosts.

The first one we recommend buying right away is the Codex of Vigor, which reduces the amount of time your vigor recovers by one minute with each volume.

There are six volumes in each, and if you buy all of them, you only have to wait a minute to recover vigor!

The second set of codexes you want to invest in are the fragment codexes. There are Fire, Water, Light, and Rare Fragment Codexes.

These increase the amount of corresponding fragments you get from completing quests. All of these are great to have, especially the Rare Fragment Codex.

The Adventurer-Gift Codex increases the amount of fragments and gem apples you get when you ring the Adventurer Bell.

This one is good to max out early on, as you will be able to get a lot of free goodies by simply logging onto the game and ringing the bell.

The Star Quest Codex increases the rewards you get from the Star Chests that appear during Star Quests. Some quests will randomly have a Star Chest icon next to them, and a Star Chest will spawn during the battle.

This codex will improve the rewards you get from the chest. Star Quests do not happen to frequently in our experience, so keep that in mind.

If you have cleared every available quest to you at the current tier, the next thing you should work towards is clearing Heroic Missions.

These special missions have objectives for you to complete, and there are four missions for regular quests and eight for party quests.

Each Heroic Mission will reward you a varying amount of gem apples, so it is important to try to knock off as many as you can.

Do not worry about doing them all in one go, and you will need to revisit some of them later, like the missions that require you to be a certain level.

Try to focus on one role first!

To get through the first chunks of Super Kirby Clash at a good rate, you will need to stick to one role for the time being. You will eventually start to gear your other roles, but for now try to focus on improving only one role.

You want to have one very powerful role with up-to-date gear so that it makes farming and grinding for fragments and gem apples easier in the long run.

Higher rarity gear is not always the best

In general, higher rarity gear is usually better and better as the rarities go up. However, around rarity 6 you will notice that some gear has one of the special three stats: Revival Speed, Charge Speed, and Material Gain.

Revival Speed enables you to resurrect fallen Kirbies faster, Charge Speed makes your charged attacks charge faster, and Material Gain increases the amount of fragments you get from the quest.

Some of these stats are really good for certain classes. For example, Charge Speed is very important on Hammer Lords and Beam Mages, so you might want to use a lower rarity gear if it means you will have more of it.

Go to the turqoise box at the right end of the town, and you will see the Password chest. You can enter passwords here to receive goodies! Here are two known passwords as of writing.

With these steps, you should be able to start your Super Kirby Clash adventure on a strong note. If you have any other valuable tips to share, let us know in the comments below! 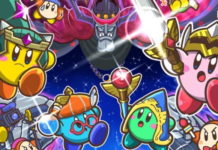