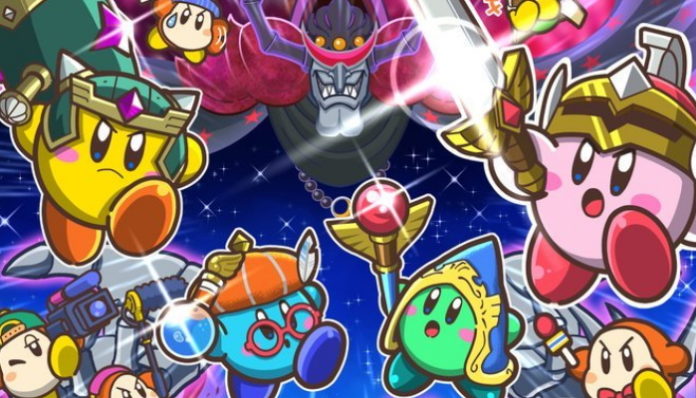 Welcome all Kirby heroes! It has been a week since Super Kirby Clash has launched, and we hope that you are having a blast with it. Members of Team Kirby can take up one of the four roles to fight against evil, each with its own unique way of contributing to the team.

In today’s guide, we will go over all four roles and discuss their strengths and weaknesses. If you already have a favorite role and want to learn more or you want to try something new, this guide is for you!

Brandish your sword towards the skies! Sword Hero is the starting role in Super Kirby Clash and it features all-around stats. Sword Hero’s move set allows it to stick close to enemies and deal consistent damage, and there are also a lot of mobility options when you need to get out of harm’s way.

The most important move in your arsenal is your Hero Shield. All roles can guard on their own, decreasing the amount of damage they take, but whenever a Sword Hero guards a giant bubble forms around them. All allies inside the bubble are completely invincible!

With careful use of Hero Shield, you can allow allies to keep on attacking the boss without fear of counterattack. This is particularly useful with Hammer Lords, as they will be up next to the boss with you most of the time.

Your general strategy is to use Spin Slash as much as you can, as this is the Sword Hero’s most powerful move when fully charged. Use Sky Energy Sword to attack from afar safely if you need to, and use all of the other moves to attack while repositioning yourself. Do not forget to block for your allies using Hero Shield!

This move list is assuming you are using Joy-Cons in the upright position, not the horizontal position. Also, if a move is bolded, that means you cannot be hurt while performing this move!

Swing your mighty hammer to crush foes! Hammer Lords wield massive hammers that grant them access to some of the most powerful moves in all of Super Kirby Clash. However, because of how heavy those hammers are, Hammer Lords are the slowest moving Kirbies in the game, and they can barely fly to boot.

Do not be fooled by their high Stamina rating – expect to guard a lot, as your lack of mobility makes you a sitting duck! Try to stick by your ally Sword Heroes so that they can Hero Shield you while you attack freely.

Since you are main form of dealing tons of damage, stick close to the boss and try to get off as many Hammer Flips as you can. If you need to move out of harm’s way, use Hammer Swing or your default slide ability.

Concoct elemental elixirs and revitalize the team as Doctor Healmore! This role probably has the most unique moveset, enabling it to heal the team and damage enemies from afar and up close. If you like playing supports that can dish out some damage on their own, this role is for you!

Your key ability is Healing Area, which can charge up to three levels. Charge up your vial, then let go to release a magical drop that creates a healing field upon hitting the ground. The higher you charge, the bigger and more potent the healing field will be. Use this to top teammates off and heal them in a pinch – just be sure not to drop the healing field below the boss!

Depending on how defensive your team plays, you may have to be healing all the time, so do not be afraid to stick to just healing if the situation calls for it. Keep in mind that when a Kirby is at full health, they do additional bonus damage. You will know when they are full when their health bar is glowing.

When the team is healthy, you can help DPS by using Science Lab and Jewelry Shop. Science Lab lets you unleash various chemical concoctions in melee range, which we will go over in detail in the move list. Jewelry Shop lets you blast foes from afar with a barrage of hard gems.

Wield the power of time magic as Beam Mage! As the Beam Mage, you will launch powerful beam magic from long and mid range. Beam Mages are able to deal consistent damage from afar, which is good because they have the lowest base Stamina of the four roles. Be careful not to take a hit, as it might really hurt!

While Beam Mages deal good damage, they are probably the most sought after role because of their timing stopping ability Time Beam. As soon as the battle starts, begin throwing out fully charged Time Beams. Once time is frozen, you can get up close and use your other attacks, or you can stay afar and keep slinging Time Beams.

When time is frozen the boss completely open to any kind of attack, enabling your team to use their strongest attacks fearlessly. The clock also stops too, saving you precious seconds. Do note that bosses become more resilient to Time Beams every time you stop time, requiring you to hit them with more Time Beams to trigger the effect again.

Due to how powerful Time Beam is, Beam Mages are a must have if you are trying to go for platinum medals or speed clear bonuses, which require you to defeat bosses under a certain time limit.

Thus brings us to the end of our complete roles guide for Super Kirby Clash. We have more guides coming up, so stay tuned! 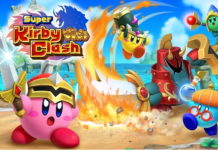