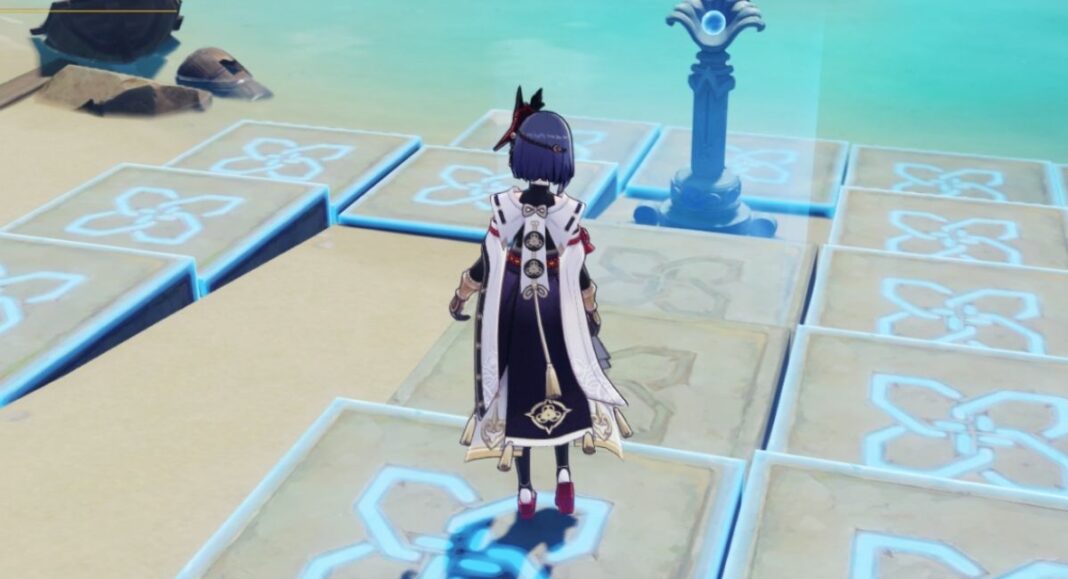 During Genshin Impact’s Solitary Sea Beast world quest, players come across a Watatsumi Statue puzzle they must solve to progress the quest. While the puzzle is relatively easier than many other puzzles you find while exploring Inazuma, there are a good number of players who find solving the Watatsumi Statue puzzle a daunting task.

In the wake of that, we prepared a handy guide that shows how exactly players can solve the puzzle of the Watatsumi Statue in Genshin Impact.

Solve the Puzzle of the Watatsumi Statue

The first step in solving the puzzle of the Watatsumi Statue is finding and activating three elemental pillars.

The first electro pillar is found near the stairs that lead to the Hilichurl camp.

The second electro pillar is found right below the Hilichurl camp. It is behind an electro barrier. To activate it, players have to summon an Electrogranum from the nearby Thunder Sakura Bough to get past the barrier and activate the pillar.

Alternatively, players can use Kujou Sara’s Crowfeather Cover AoE skill to activate the pillar without getting past the barrier.

The hydro pillar is located on the left of the Watatsumi Statue.

Once you have activated all the pillars. The seal on the Watatsumi Statue is undone. In order to solve the puzzle, players have to reach the end tile while activating all the tiles on their way.

If you move away from a tile or jump to another tile, the puzzle will fail and you have to repeat it once again.

Related | How to Get The Catch Polearm in Genshin Impact

Once you reach the last tile, you will get a chest as a reward, and you can progress the Solitary Sea Beast world quest.