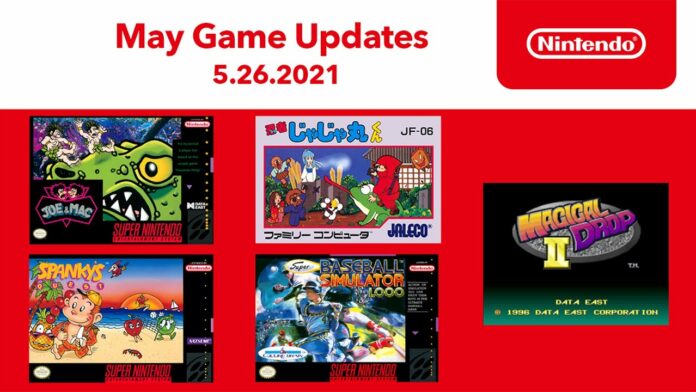 The SNES and NES – Nintendo Switch Online service is about to get updated with some brand new titles that most players will really not want to miss.

The new SNES games that will be added to the service next week, on May 26, include Caveman Ninja, also known as Joe & Mac, Magical Drop 2, a puzzle game that never made it to the West during the SNES era, Super Baseball Simulator 1.000 and Spanky’s Quest. While Caveman Ninja is the best title of the bunch, as it is among the best platform games released back in the early ’90s, the others are great titles that will keep you occupied for a while.

Ninja JaJaMaru-kun – Take on the role of a ninja and rescue the captured Princess Sakura in this action-packed game, originally released only in Japan. JaJaMaru must use his throwing stars to defeat lurking monsters. Keep an eye out for the ultimate power-up – a ride on Gamapa-kun, the giant frog!

You can take a look at all the games getting added to the SNES and NES – Nintendo Switch Online on May 26 in the trailer below.