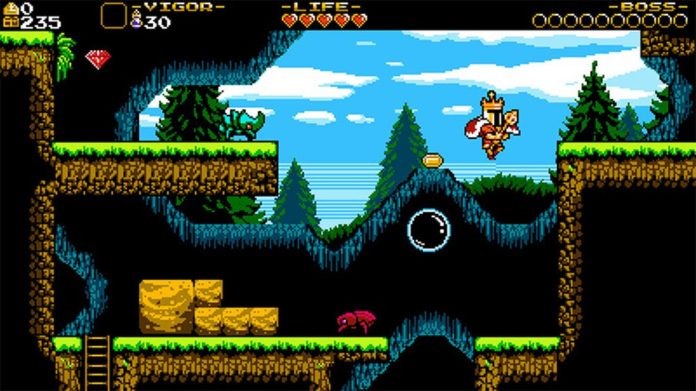 Shovel Knight is one of the best platform games released in recent times, and next month, the saga will come to an end with the release of its latest expansion.

Yacht Club Games confirmed today that Shovel Knight King Of Cards will be released on Nintendo Switch on December 10th. On the same day, Shovel Knight Showdown, the new Amiibo pack including three figures and the Gold Edition Amiibo will all be released.

We think these games offer something truly special, from a grand, sweeping single-player adventure to a frenetic multiplayer battle game. We can’t wait to share them with all of you! We hope all of these upcoming Shovel Knight releases bring everyone a lot of joy at the end of this year – and for the years beyond!

Shovel Knight King Of Cards promises to be the biggest Shovel Knight adventure yet. The game is filled with a lof of new mechanics as well as new levels, secrets and content. King Of Cards is the culmination of Shovel Knight, and fan of the retro-styled platform game will definitely love it.

Shovel Knight King Of Cards launches on Nintendo Switch and other platforms on December 10th.