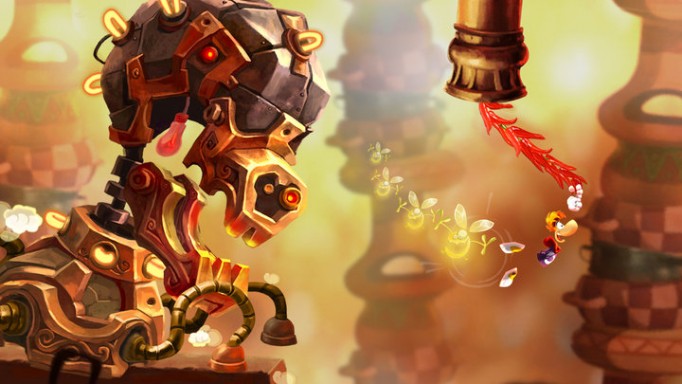 Rayman Fiesta Run is one of the best mobile titles released this year, thanks to a simple yet engaging gameplay formula. The game can be played in multiple ways so that both casual and hardcore gamers can enjoy it as much as possible.

Rayman Fiesta Run is not a hard game, especially if you’re only goal is to simply clear all regular stages. However if you want to catch all the Lums and unlock the terrible Invasion stages, you’ll definitely have a harder time since you will have to really master the game. A worthy sacrifice to make, that’s for sure: the game is simply too much fun.

Here are some tips and tricks that will surely help you in your Lums collecting endeavors.

Collecting Lums not only will allow you to clear stages but also unlock more contents during the course of the game. Getting enough Lums to simply complete the stage is quite easy, while getting all of them can be a daunting task. As you may have noticed, the game has a sort of “rhythmic” feel that will make your jumps more effective in collecting Lums. If you’re having a hard time getting all the Lums of a single cluster, you may want to change the timing of your jump, waiting a bit more before doing it. Failing a few times is absolutely normal, as the game actually requires you to memorize each stage. And there’s no other way to do other than playing each stage multiple times.

Mushrooms are a common element of many of the Fiesta Runs stages. The game is a bit confusing in this regard, as it advises you early on to avoid them. Bumping into them actually make you shift the plane you’re running on which is not going to make thing harder for you. Shifting place will become essential when trying to gather all the Lums in a single stage.

Despite these tips, it may still be quite hard to gather all the Lums of each stage. If you’re having a hard time, you can activate the Lum power up at the beginning of each stage. Thanks to the power up you will be able to follow a trail that will lead you to all the Lums, even showing you where to jump. This comes with a cost though, since you’ll need 80 Lums to activate this power up.

Rayman Fiesta Run is now available on the App Store. Wondering how the game plays? Check out our in depth review!