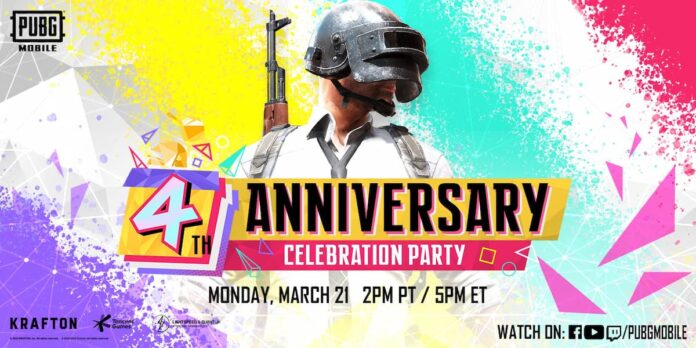 PUBG Mobile’s previous version proved to be a great success for the developers as it garnered millions of downloads in just a few hours. Krafton has rolled out yet another “4th Anniversary” update for PUBG Mobile to deliver an entirely new gaming experience to fans.

With the 4th Anniversary patch hitting global servers, PUBG Mobile gamers can download the latest update from the Google Play Store and Apple Store. However, sometimes players experience issues while updating the game; in that case, APK and OBB files can be used to install the PUBG Mobile 4th Anniversary Update.

PUBG Mobile 4th Anniversary update APK file size is around 50 MB, and the OBB file weighs around 750 MB. The update requires approx. 2 GB of free storage in total to accommodate the smartphone.

The 4th Anniversary has brought plenty of new content to the table, such as a brand new Vibrant Anniversary, Colorful Spawn Island, Colorful Bicycles, and more.