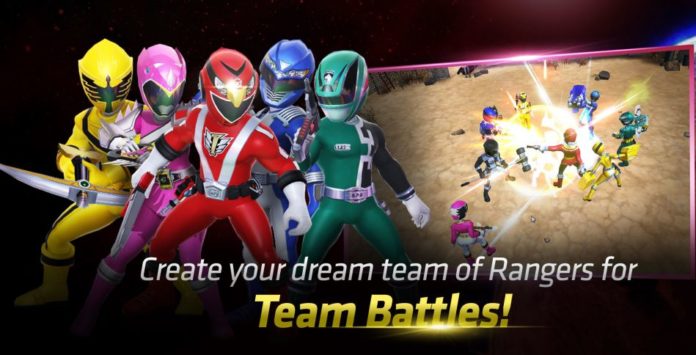 Now that we’ve talked about all the generic tips and tricks, as well as how to get more rangers in the game, it’s time to tackle the ultimate topic and talk about the best characters in Power Rangers: All Stars in our tier list to be published here today.

The things are generally extremely simple in Power Ranger: All Stars. The more stars a character has, the better it is overall and you will always want to bring those rarest rangers into your team, no matter what. But once you have the rarest of the rare, things might get a bit complicated. Or you might just be wondering what rangers to work on and improve to build up the ranks…

Creating a Ranger tier list for Power Rangers All Stars is difficult, because different play styles should be taken into account and there’s always that subjective, personal touch that changes everything. But it’s better than having nothing, so we’ve decided to share ours with you.

And since we have three star categories to choose from and focus on in the long run, we’re going to divide our recommendations based on rarity levels. So with these in mind, let’s check out below our Power Rangers All Stars character tier list: the best rangers in the game.

Things are simple here, in my opinion. When it comes to 1-star characters, you are best off focusing on the ones you can easily farm shards for in order to upgrade them. The starting Rangers are a good choice early on in most cases. So here’s the list of characters that we consider to be the best and why:

Ranger Operator Series Yellow – it’s always good to have a healer in your team and she’s your best bet in my opinion, although not as easy to farm as other one star rangers.

Dino Charge Blue Ranger – Solid ranger if you’re running a Dino team, but also good with his first active skill which deals a ton of damage.

Super Megaforce Yellow – An amazing support hero, probably the best 1 star in the game. Easy to farm and enhance, has great active and passive skills that are not glued to rangers from her series

Super Megaforce Red – Another good support hero, so if you get him first, it could be a good idea to focus on him instead of Yellow.

Red Overdrive Ranger – A great damage dealer in my opinion, even though the game lists him as a guardian. Great active skill since it disables targets for 3 seconds, great passive ones at well that are not faction-specific (so you can easily pair him up with any Ranger)

Green Mystic Ranger – Focused on one enemy and requiring so time getting adjusted to playing him, this is a ranger whose active not only deals a ton of damage, but also paralyzes the opponent for a whooping 5 seconds, making him an invaluable asset against bosses and tanky characters.

Ranger Operator Series Red – one of the best Rangers in the game. Great active and passive skills, amazing Melee character. You get him early on and it’s really easy to start him up.

Super Megaforce Blue: A good support unit that greatly and eventually starts dealing some serious damage himself. The drawback is that it’s pretty difficult to get shards as you can’t farm him in missions.

Yellow Overdrive Ranger: An amazing hero, with a great selection of active skills and passive ones. Her first active skill, Scooper Punch not only deals massive damage, but also slows down opponents, making her a great ranger to have!

Black Ranger: Another great ranger that you get early on in the game and which is easy to enhance. Good, balanced character.

Megaforce Pink: Great to have in your team, especially if you’re running with ranged units. Her Phoenix shot is really useful too if you pay attention to your opponents and take advantage of the cooldown increase.

Now, all 3-star rangers are amazing for your team. The sooner you get them, the better and as I said earlier they are probably a better option than any of the lower star rangers, no matter how you pair them up. But if you manage to star up the rangers in the previous categories, you’ll still do really well.

But let’s see which are the best 3 star rangers in Power Rangers: All Stars!

Yellow Wild Force Ranger: You’re getting her from completing achievements and she will probably be your first unlocked 3 star ranger. She has very good skills – both passive and active, but requires a melee-oriented team.

Red Ranger: My favorite Ranger in the game thanks to his active skill. He keeps the team alive, he stays alive and deals massive damage. A great choice! The biggest drawback is that you will have to pair him up with Mighty Morphin rangers in order to get all the advantages.

Dragon Ranger: Another amazing option that gets even better when you pair him with Red Ranger. Massive damage dealer and skill booster.

Pink Ranger: Yes, I’m aiming for a specific team, but the truth is that the MM’s are highly OP-ed, especially at 3-star ratings. If you get her to 4 stars, you’re all set for keeping your rangers alive at all times since she constantly restores health.

These would be the best rangers in the game. As I said, a lot depends on play style and what you have unlocked. If you believe that other rangers should’ve been here on the list, don’t hesitate to let us know by sharing your comments below. 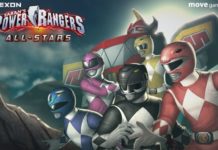 Power Rangers All Stars: How to Unlock All Rangers / Characters 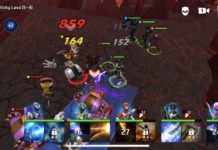 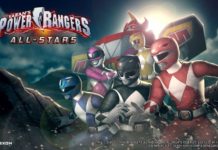