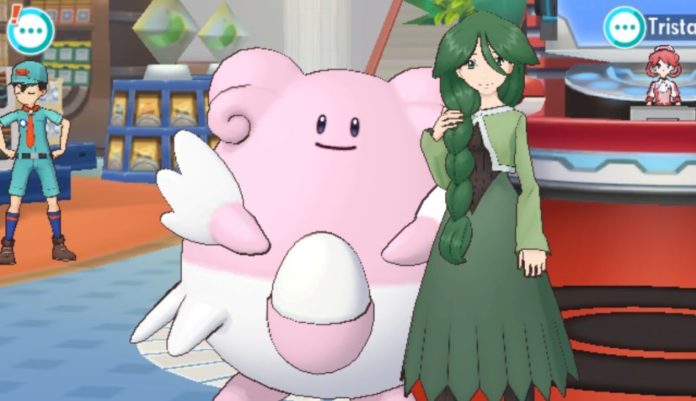 If you weren’t too lucky with your Sync Pair Scouts to get a massive amount of 5-star pairs, there is still hope to level them up and go from three stars all the way to five. And that is what we’re going to talk about in today’s guide: how to increase the star count of your Sync Pairs, known as “Increase Potential” in Pokemon Masters.

We have already talked about evolving your Pokemon in a previous article – so you might want to check that article out if that’s what you’re looking for. Because here, we’re talking about increasing the star count of your Sync Pairs. In other words, a 3 star Power-up, a 4-star Power-up and a 5-star Power-up.

With just 8 Sync Pairs starting at 5 stars (out of 65 available at the moment – check out the list here), you will have some starring-up to do for sure and it’s won’t be easy.

But when you star-up your Sync Pairs in the game, you also increase their maximum potential level, meaning that you get a better team overall. So it’s totally worth going through all the trouble of starring up your favorite Sync Pairs.

So… How to increase the star number of your Sync Pairs?

In order to do this, you will need a bunch of Promotion Tickets aka Power-up items. These special items are really hard to get as there’s no really easy way of getting them: it’s a long, tedious process usually.

The main method for getting Promotion Tickets in Pokemon Masters is by completing Sync Pair scouts constantly. Whenever you draw a pair that you already have, after the 5th draw, it will be turned into Power-up Tickets that you can use to increase your star numbers from 3 to 4 and so on.

What do I mean with “after the 5th draw”? Exactly what it says: the first draws of the same Sync Pair will only increase their Sync Levels and only once that’s maxed, you will start receiving the Power-up Items.

The good news is that you can use these tickets to increase the potential of any Sync Pair of the same number of stars. In other words, if you get tickets for the Main character, you can use them on any other 3-star pair and vice-versa.

However, if you get a 3-star character to 5 stars and you draw a double, you will receive tickets for their original state (so a Bronze ticket, not a Gold one). In other words, this is extremely difficult!

We can only hope that future events or in-game content will make it easier for us to stand a chance at getting these extremely rare items easier, but for now that’s what we’re having to go through… so it definitely is not easy!

To make things even more complicated, though, each upgrade is done with a different type of ticket, even though the amount required remains the same: 20 for each evolution.

In order to get from 3 to 4 stars, you will need Bronze Tickets, for getting from 4 to 5 stars you need Silver Tickets and for the final upgrade, you need Gold Tickets. They are named, in the game, 3-Star Power-up, 4-Star Power-up and 5-Star Power-up items, so you can’t miss them.

In order to see what Sync Pairs can have their potential increased in Pokemon Masters, you will have to visit Trinnia (the NPC to the right) and tap the desired Sync Pair. Pretty easy if you have the materials!

The good news is that you don’t have to use all the tickets at once – although that would be the best option.

You can still use these Power-up items one at a time, and each will increase a specific stat associated with them. This makes waiting for collecting all the 20 tickets a bit more bearable. However, the star number will only increase after using the total required – that’s 20 tickets.

As you can see, this entire process is extremely difficult and – without some events to help us go through this at a faster pace, it’s a full paid upgrade. Because getting so many duplicates seems impossible for free to play players. But… that’s how the game works!