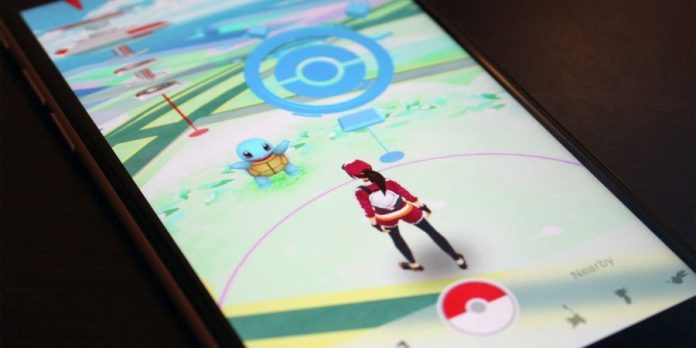 Pokemon Go has just been launched and most of the people are still trying to figure everything out – we’re here to help with a complete series of guides for the game and in this article we’re going to learn everything about Gym battles in Pokemon Go and how Gyms work. I am sure that you have a lot of questions about this gameplay feature and how to get the most out of it and you’ll find all the answers here.

Don’t forget to check back often here at TTP as we’ll share more Pokemon Go guides with you. We’ve already published some tips and cheats, as well as a guide on how to get more Pokemon – and now it’s time to share with you our Pokemon Go Gym Battles guide. Enjoy!

First of all, how to spot a Pokemon Go gym? Well, they’re marked on the map as large colored towers and it’s impossible to miss them as they really stand out. However, in order to be able to access the Gym feature in the game, you need to be at least level 5.

Once you get to that level, you have to choose your team: Blue, Red or Yellow and apparently the choice you make doesn’t influence the gameplay in any way except for the fact that you are part of that particular team and you can fight against teams of the other colors.

When you get close to a Gym, you can interact with it as you do with Pokestops. You can check them out even if you are far away from them, but you have to be close in order to actually use them. If they’re owned by the same team color, you can train your Trainer there or place one of your Pokemon to defend the gym. You can only place one Pokemon per player per Gym, so if you want to make sure that one is really well guarded, make sure to bring your friends there too and leave the Pokemon in. Also have in mind that you won’t have access to the pokemon at the gym while it’s defending, but it will be returned to you if it is defeated by another player.

It is a good idea to have as many Pokemon defending Gyms as possible because every 20 hours you are rewarded Pokecoins and Stardust based on the number of Gyms you are defending. Therefore, it’s a good idea to do a “Gym run” in the neighborhood before collecting your bonus in order to maximize gains.

How do Gym Battles work

Now the fun part is trying to defeat the Pokemon defending a Gym and claim it for your own team. And battles are taking place in real time, so it’s very fun too!

In order to start attacking a gym, all you have to do is to actually go near it and tap it. Then you will get the option to select up to six of your own Pokemon which will attack the defenders of the given gym. Have in mind that the Gym menu shows you the WEAKEST pokemon defending it, so expect battles to get more difficult. You can get a clear idea of who’s defending the gym by swiping to the right – this will show you all defenders one by one.

Once you have selected your Pokemon for battle, hit the go button and prepare to fight! It’s good to know that you can swipe the screen in order to move your pokemon to dodge attacks and in order to properly do so, you have to have sound enabled or, even better, wear headphones. You also need a solid internet connection otherwise lag will ruin your moves. Right now, battles are a bit difficult because of lag as the servers are overcrowded, but things will surely get fixed soon. Either way, a good internet connection is always required to help you in gym battles. Also, it’s worth noting that the battles are in real time and not turn based and all you have to do in order to attack is to quickly tap the screen.

Here are some tips and tricks to win your Gym Battles:

– tap like crazy. This usually works better than trying to dodge (which doesn’t work well right now because of the lag, but might get fixed). Tapping quickly usually gives you the advantage

– The battles follow rock-paper-scissors mechanics, so it’s very important to see what types of Pokemon are defending the gym so you can choose the best ones to fight them. Also choose the pokemons with the highest CP as they are better in battle, obviously.

– Have in mind that you have to drain the Prestige of a Gym in order to take control of it. Once the prestige hits zero (it might require multiple wins on your side), it kicks out the defending team and turns grey/white. That’s when you can claim it and become that gym’s leader. However, you are not guaranteed to remain leader: if another team member brings a pokemon with better CP value, they will become the Gym’s leaders. However, right now, being the Gym Leader has no effect on the gameplay.

These would be our tips and tricks for the Gym battles in Pokemon Go, as well as a complete guide and overview to the Gym mechanics in the game. Stay tuned for even more guides related to this game and don’t forget to share the articles with your friends so that they know everything about the game as well!