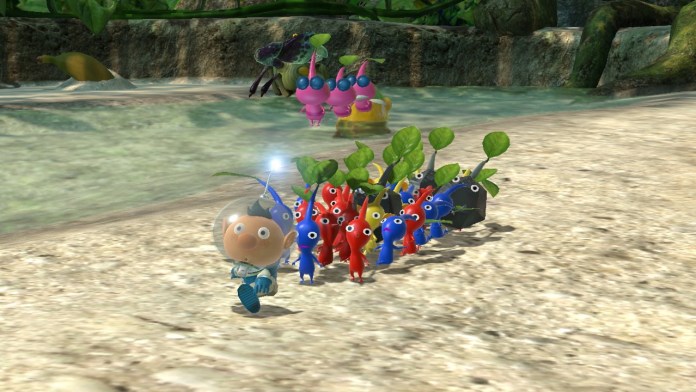 The Pikmin series is definitely not a series for everyone, featuring a lot of unique mechanics that may not be suited for those who are looking for hectic, action-focused experiences.

If you are not sure Pikmin 3 Deluxe, releasing later this month on Nintendo Switch, is the game for you, you may be happy to know that you can give it a try for free before purchasing.

A few hours ago, a free playable demo for the upcoming game by Nintendo has been released on the Switch eShop worldwide. The demo features a small slice of both Story Mode and Mission Mode, which can be njoyed solo or with another players. If you purchase the full game, progress will also carry over.

The Pikmin 3 Deluxe demo has been released following a Nintendo Threehouse livestream that revealed more on the additional content not found in the original Wii U release, like split-screen co-op, Side Stories and more. You can check out the livestream in full right below.