Last week was a very good week for Nintendo Switch owners, as a lot of new games and ports of older ones have been announced for the console. Among the best announcements was Overwatch, Blizzard’s popular competitive first-person shooter, which will be released next month on the console.

While Overwatch is far from being among the most demanding games released in recent years, the development team had to make some cutbacks to make it run decently on Nintendo’s hybrid console. Now, we have finally learned exactly how much the game has been scaled back over the PC and other console versions.

In a recent interview posted on Eurogamer, Overwatch principal game producer Wes Yanagi confirmed that the game will run at 30 FPS in either dock and un-docked modes. Resolution will be 900p in docked mode and 720p in undocked.

So really what we wanted to do when we started this whole thing was to really deliver on that authentic Overwatch experience. Our goal was making sure it could run smoothly and look the way that we’re happy with.

So, it runs at 30fps, docked at 900p and un-docked at 720p, and it runs really smoothly. I think when you play it, and you get your hands on it, you just go, yeah I’m playing Overwatch.

The game running at 30 FPS is definitely not good news, as Overwatch is a frenetic game and a smooth frame rate is almost required. This also means that cross-platform play is definitely not coming as well, since all the other versions of the game run at 60 FPS. This was definitely expected, but it’s still disappointing.

Overwatch releases on Nintendo Switch on October 15th worldwide. The game has been available for a good while on PC, PlayStation 4 and Xbox One. 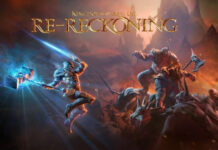