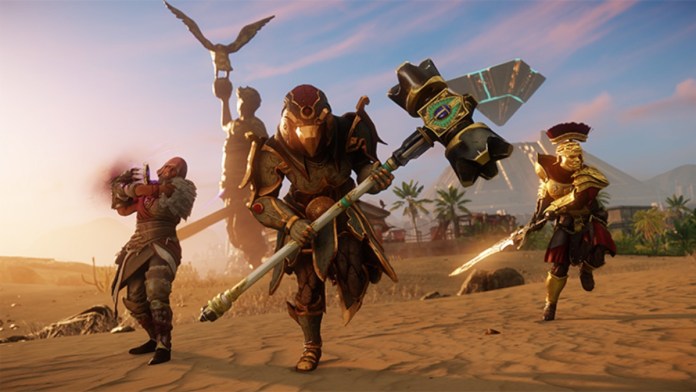 The game New World has a new update coming out that is looking very exciting. If you have not checked out the game yet, now is definitely the time to do so. While it had its share of issues, the game continues to do well. This MMO open world has elements of titles like Genshin Impact and Final Fantasy 14, yet is definitely its own thing. New World puts the player on an island called Aeternum. You get to forge your own path as you navigate the island areas. The new section of the game coming is called Brimstone Sands and appears to be inspired by Egypt. This is when Brimstone Sands is coming out.

The Story of Brimstone Sands

RELATED: How to Learn More Music in New World

If you love Egyptian gods and Egyptian culture, you’ll love this area. New World’s next part takes you to a desert realm where the ancient Egyptian civilization once flourished, a place where people built beautiful cities and monuments. One of the places you’ll go to in this area is the Ennead, a suspicious large Pyramid.

That world is now long gone, with civilization having fallen years prior. Instead, the area is now inhabited by individuals from the Roman Empire. Known as the Corrupted Legion, they are wicked beings looking for ways to restore the Empire and you must stop them. Face new challenges and spearhead a new quest to solve the mysteries that await you in Brimstone Sands.

New Mechanics In The Update

With this update, there will be some new features coming. One of these is the introduction of the Greatsword, a two-handed weapon that seems to be very versatile in use. With Onslaught skills, it can destroy enemies quickly, and with the Defiance tree, it is very good at defending and taking out groups of enemies. New abilities such as Stoneform, Detonate, and Dark Ascent will also become available.

As of right now, the game is in the public testing stage. It will officially release for the full public sometime in October of this year. While there is no official date yet, one should be announced soon. In the meantime, check out the available content of New World!

New World: When is Brimstone Sands Coming Out? – Answered