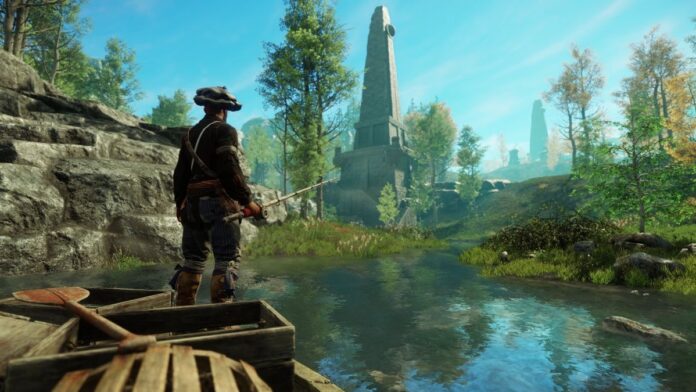 With figures courtesy of Steam Charts, we now know just how drastic the decline in players is exactly. The numbers tell us that the game has seen around 135,000 players leave every week since its release.

The game witnessed an impressive peak of 913,027 concurrent players, having a relatively successful launch. Unfortunately though, ever since then, New World’s playerbase has seen nothing but landslides, with the average number of players averaging at 341,130.

Set in the land of Aeturnum, Amazon’s New World revolves around the fantasy genre, including various modes such as PvE, PvP, and a unique classless character system. All of this and more promising features led to New World seeming to be a hit at launch, which soon deflated to the situation that the game is facing right now.

Players leaving an MMO soon after it launches is actually to be expected and is a normal event. The MMORPG scene is quite competitive right now, and people are willing to try out a new MMO to determine whether it could be worth their time and leave soon after if they think it isn’t.

However, while losing players at launch should be normal for an MMO, the sheer amount of players that have left New World is still alarming. There are quite a few reasons people were so disenchanted with the game.

The game is reported as a total grind-fest, which lacks depth in its story content. Apart from that, the game is littered with bugs and glitches that turn players off. The servers for the game also ended up being too small, which led to players queuing up for hours on end just to end up not being able to play.

Have you tried Amazon’s New World? What are your thoughts on the game? Let us know in the comments below.