Home Switch New Donkey Kong Game May Be In Development By The Super Mario... 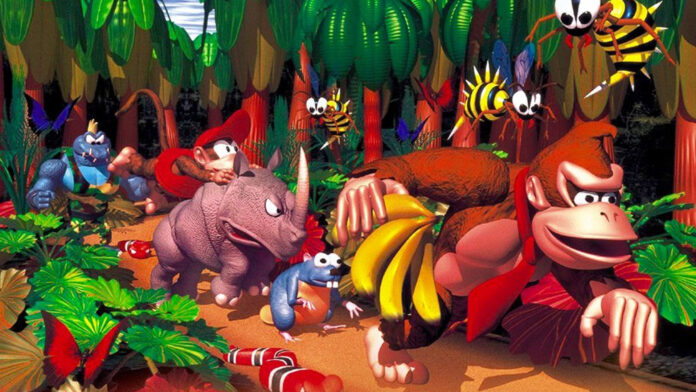 The Donkey Kong series may not be as popular as the Super Mario series, but it still received plenty of love from Nintendo and fans alike. The series has been pretty much on hiatus since the release of Donkey Kong Country: Tropical Freeze, but it looks like a new game is currently in development.

According to online rumors, as reported by Nintendo Life, a new Donkey Kong game is apparently in development by Nintendo EPD, the team behind the successful Super Mario Odyssey.

While this game has yet to be revealed officially, multiple insiders have heard about this game, so there is a very good chance that a new Donkey Kong title is indeed in the works. According to reliable leaker Zippo, the game will not be another Country game, but it will feature the characters that have been introduced in the sub-series like Diddy and Cranky Kong. Zippo believes the game will be officially revealed next month at the E3.

With Retro Studios, the team behind the excellent Donkey Kong Country Returns, and Donkey Kong Country: Tropical Freeze being busy with the development of Metroid Prime 4, it is not surprising that another team is working on the next Donkey Kong game. How this game will turn out remains to be seen, but everything seems to be in place for a glorious return of everyone’s favorite ape!