Home Guides NEO: The World Ends With You: How to Defeat Iris Cantus Alpha 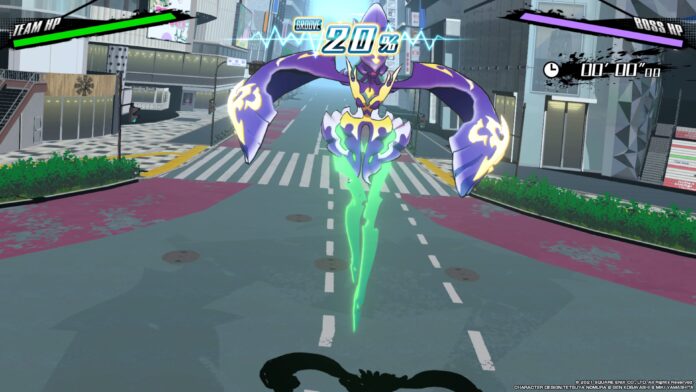 After completing the main story in NEO: The World Ends With You, and saving Shibuya from destruction, you will get the chance to revisit the town one more time in the additional Another Day chapter. During this chapter, you will have to face some very powerful bosses that will put your skills and knowledge of the game mechanics to the test.

Here’s how to defeat Iris Cantus Alpha without too many issues.

Iris Cantus Alpha is the enhanced form of Iris Cantus, one of the bosses you have faced during the main campaign’s Week 3. As such, it comes with the same special attacks, but much better stats. You will fight this optional boss during Another Day.

How to Defeat Iris Cantus Alpha

Just like the base form, Iris Cantus Alpha uses a force field that damages your characters if they get too close. As such, you should bring Pins that let you fight from a distance, and if they are Fire affinity Pins it’s all the better, as the boss is weak against it. The force field will eventually go away once the boss has been damaged enough, so use this opportunity to unleash your strongest attacks, possibly even a Killer Remix if you have managed to build your Groove to 300%.

The only real thing to look out for during this fight is the Punishment attack, a special technique that traps a character for a few seconds before dealing tons of damage. When this happens, focus your attacks on the structure blocking the character, as you will want to free them as quickly as possible to avoid getting damaged.

Continue fighting from a distance, heal when needed via Pins or Killer Remixes, avoid getting poisoned by the rain attack and Iris Cantus Alpha will soon become history as the original form already is!