Home Guides How to Increase Groove in NEO: The World Ends With You 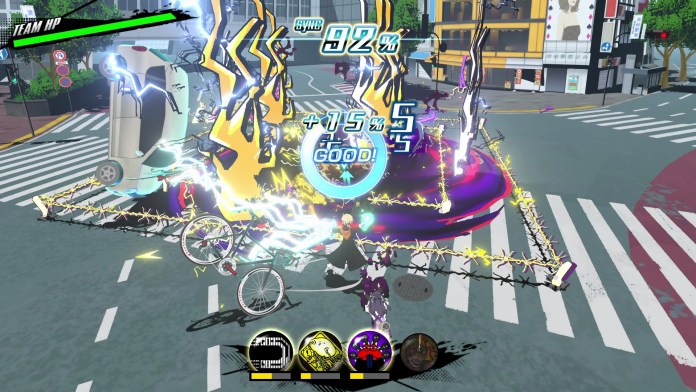 In NEO: The World Ends With You, coordinating attacks between different party members is extremely important, as doing so properly over and over will eventually let you unleash powerful special attacks that can make a big difference in the most challenging boss battles.

Here’s everything you need to know about Groove, and how to increase it effectively.

How to Increase Groove in NEO: The World Ends With You

Groove indicates how much characters are synching their attacks together in combat. The current percentage is indicated in the upper part of the combat interface and it can be increased by taking advantage of the Beatdrop Gauge. This Gauge appears on enemies as soon as specific conditions are met, which change depending on the Pin: some Pins require the character to perform the Finisher Attack, others to freeze the enemy, others to slam them against the wall, and so on. With the right combination of Pins, it’s possible to make the Beatdrop Gauge appear over and over again to increase Groove quickly.

With 100% Groove and above, it is possible to perform a special Mashup attack, which changes depending on the element of the last Pin used to make the Beatdrop Gauge appear. Mashup attacks’ power depends on the number of characters currently in your party. From Week 2, Day 7, you will be able to increase the Groove Gauge up to 300%, letting you unleash the extremely powerful Killer Remix that not only deals tons of damage to enemies but also fully heals your HP.

The Groove Gauge can be further increased when the Beatdrop Gauge is active by hitting its Sweet Spot. To do so, however, you will need to learn the Beatdrop Bonus skill by completing the Wallet Woes sidequest on Week 2, Day 1, and unlock the related node on the Social Network. Additional skills that can be learned via the Social Network also increase the Groove obtained if a certain combination of characters performs a Beatdrop attack.

How to Increase Groove in NEO: The World Ends With You