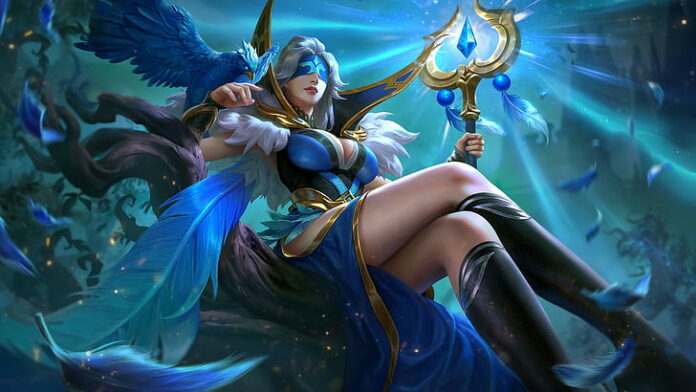 The newest update for Mobile Legends: Bang Bang Advance Server is live now, and it’s patch 1.5.52. The latest patch is highly focused on the heroes bug fixes, followed by several adjustments in the Heroes stats. In addition to this, 10 new heroes have been added to the Mayhem mode, and the new mode will be available from Feb. 2 across all the servers.

Fixed issues, optimized her gameplay experience, and balanced the damage of her weapons.

Fixed the issue that caused this skill triggered multiple times by tapping consecutively. It can be cast twice at most. Its shots can be blocked by other units.

We are glad that the previous adjustments to Bane received positive feedback from players, but we also found some problems exposed. Therefore, we are planning to spend more time examining and optimizing his gameplay inside our team. The adjustments have been reverted temporarily and will be improved and rolled out in the next patch. Please stay tuned.

Little Commander Brown and skin “Hammersmith Brown” will be in a bundle and available on February 5th (Server Time), Launch week 30% OFF.

Little Commander Pao and skin “Full Armor Pao” will be in a bundle and available on February 19th (Server Time). Launch week 30% OFF.

Will be unavailable: Balmond “Power Source.”

3- Optimized the effect of Clint’s Skill 2, which makes its immobilization effect clearer to both sides.

5- Optimized laning recommendations and builds for some heroes’ main roles.

7- Optimized the data of Lord and Turtle, to make it easier for players to hit them with skills.

9- Fixed the issue where Jawhead’s Skill 2 Ejector caused damage to the target he threw before they landed.

10- Fixed the issue where Martis’ Ultimate displayed different special effects when it killed and failed to kill a target.

11- Fixed the issue that caused Roger to move abnormally when transforming.

12- Fixed the issue where Selena, Harley, and Chou couldn’t hit targets after gaining their sight.

13- Fixed the issue that caused Johnson’s car to accelerate abnormally during his Ultimate.

The Valentine’s Day event for 2021 will open for a limited time!

3- Charisma items you give to and receive from others from Feb, 14 to 20 will count toward the Leaderboards of the event.

a. Optimized the symbol that indicated a hero is unavailable due to insufficient matches played.

b. Adjusted the time limit of hero banning to 25s for each player.

c. Adjusted the time limit of hero picking to 30s for each player.

d. Optimized the special effect of the lane symbol when changing lanes.

a. Added a new Quick Chat message – “Need a Partner” – to the Suggest Pick menu after hero preselection or selection.

b. Optimized the display of Suggest Pick info, with hero icons added.

c. The player who receives a Suggest Pick can tap it to go to the suggestedhero’s tab.

a. A mini-map is added to the Last Change stage of Draft Pick. Lanes and maps can be selected via the mini-map.

b. Each player’s corresponding lane is displayed on the mini-map.

c. An indicator on the mini-map shows if any teammate selected the lane.

a. Teammates can suggest a position for a player at the last round of picking to fill.

b. Roles, lanes, and teammates’ Favorite Heroes can be suggested.

c. The player who fills the suggested position can tap teammates’ suggestions to go to view suggested heroes.

d. A player that accepts any of the teammates’ suggestions is considered a successful fill.