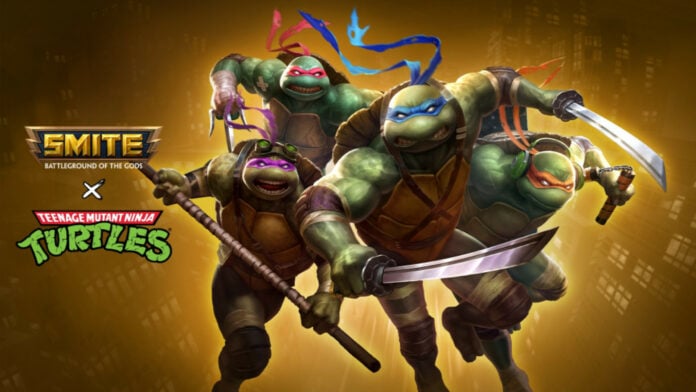 The popular MOBA Smite has just been updated with new content that will make more than a few players happy. Especially if the grew up in the late 80s, early 90s.

The game’s latest update introduces content inspired by the Teenage Mutant Ninja Turtles franchise to the game. The main additions are four new skins, available through the Battle Pass, that will let you turn Osiris, Loki, Mercury and Sun Wukong into Leonardo, Raphael, Michelangelo and Donatello. The Leonardo skin is available as soon as you purchase the new Battle Pass, while the other three must be unlocked by playing the game.

The four new skins are accompanied for a lot more content such as thematic cosmetics and bonus prestige skins that will let you play as the Ninja Turtles as they were back in the 80s. Splinter and Shredder are also available right now as separate purchase.

Not convinced by just the description of the new Smite content? You can check out how these new items actually look like in the trailer below.

Smite is now available on Nintendo Switch as well as on PC and other consoles.