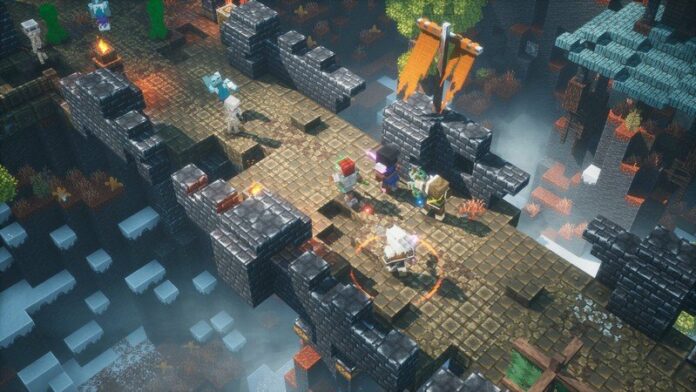 Minecraft Dungeons is set to become bigger with the Howling Peaks DLC in just a few days, as Mojang confirmed it will release on Nintendo Switch and all the other platforms early next month.

The development team confirmed that the Howling Peaks DLC will be released on December 9. It will bring new weapons and artifacts, new enemies, six free enchantments and more.

Additionally, Mojang is releasing the Minecraft Dungeons Season Pass on the same day. It will grant access to all four DLC packs scheduled for the game, including the Howling Peaks DLC, for a reduced price so it will be a worthy purchase for all those who really can’t have enough of the game.

Not even a week ago, Minecraft Dungeons has been updated with cross-platform play functionality. Thanks to this feature, players can enjoy the game together with others who are playing on a different platform. The update also made some light gameplay tweaks for a more balanced experience.