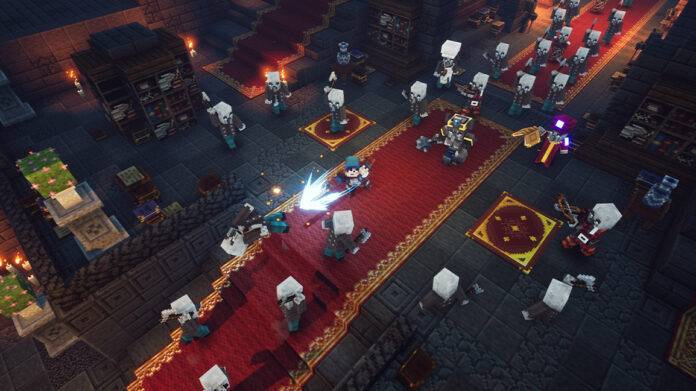 A new Minecraft Dungeons update is now live for the Nintendo Switch version of the game, introducing a highly anticipated feature that all fans of the game were waiting for.

The new 1.6.0 update brings cross-platform play support, meaning that from now on you will be able to play with your friends playing the game on PC, PlayStation 4 and Xbox One.

The new Minecraft Dungeons also introduces some balance changes, such as different damage values for the Shockwave and Pickaxe and some fixes.

You can check out the full update notes on the Minecraft Help Center website.

Now that cross-platform play has been fully introduced, it’s time for the development team to focus on the game’s additional content, such as the Howling Peaks DLC that will bring new dungeons, new items, new enemies and much more.