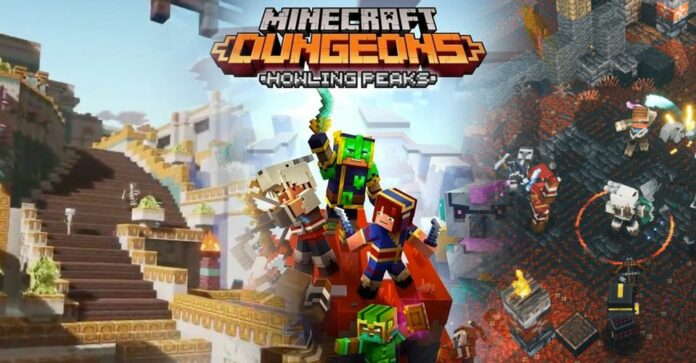 The fun had only just begun back in May, the month when Minecraft Dungeons hit Nintendo Switch, PlayStation 4, Xbox One and PC worldwide. A new world filled with adventure and danger is now available in the game thanks to the Howling Peaks DLC.

The new DLC for the Minecraft series spin-off game promises to keep players engaged for a long time, with tons of new content and a brand new locations to explore. You can take a quick look at the new content right below.

Starting today, players can also get the Minecraft Dungeons Season Pass, which gives access to all future DLCs for a reduced price. As all upcoming DLCs will add tons of new content to the game, it is definitely a good idea to purchase the Season Pass to enjoy what’s coming in the future for a reduced price.

Together with the Howling Peaks DLC, a new update has also gone live, introducing support for the DLC and more. You can find more information on it by heading over to the Minecraft official website.

Minecraft Dungeons is now out on Nintendo Switch, PlayStation 4, Xbox One and PC worldwide.