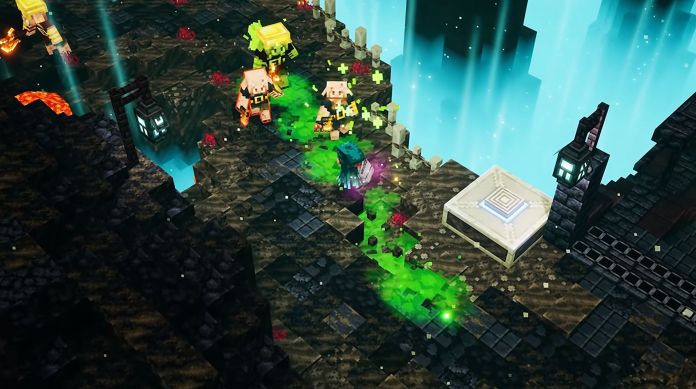 Today is a very good day for all Minecraft Dungeons players, as tons of new content has hit the game on Nintendo Switch and all other formats.

Even if you are not purchasing the new Minecraft Dungeons DLC, you still get some new content today thanks to the 1.8.0.0 update which introduces Ancient Hunts, Gilded Gear and more. The update also brings some welcome balance changes that you can check out in full on the game’s official website.

Ancient Hunts are procedurally-generated end-game missions that weave in and out of the Nether. To access an Ancient Hunt, you’ll need to sacrifice some of your items. The combination of items changes which rare Ancient mobs you may encounter. Investing enchantment points further increases your chances to encounter ancient mobs. Defeating these mobs gives you brand-new Gilded gear, which is more powerful than anything you’ve yet encountered!

Gilded gear drops are part of the free update as ultra-rare items with an extra Enchantment slot built-in, making them some of the most powerful items in the game. To get these end-game level items, you’ll have to face the Ancient Hunts and travel to the dangerous Nether.