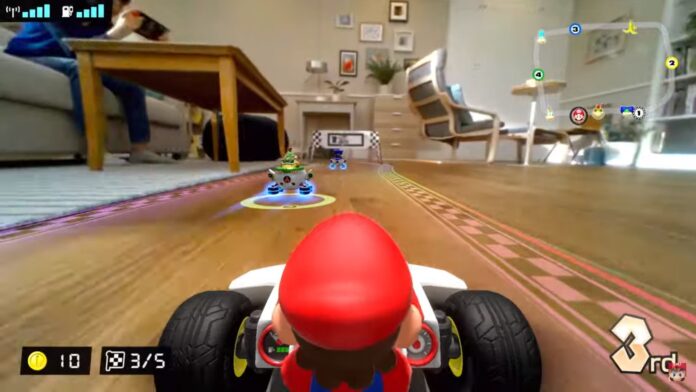 The Mario 35th Anniversary celebrations will continue later this month with the release of Mario Kart Live: Home Circuit, an extremely interesting AR game that will let players create their own Mario Kart tracks.

Today, Nintendo shared a brand new trailer for the game which provides a more in-depth look at its mechanics and explaining how the kits and karts work.

Outside of the AR features, it seems like Mario Kart Live: Home Circuit will be a full-fledged Mario Kart game, as it comes complete with multiple kart classes, which determine speed, eight cups, 24 races, and all the iconic items that have appeared in the series so far.

Mario Kart Live: Home Circuit is the first, true new entry in the series to get released on Nintendo Switch. Mario Kart 8 Deluxe, released a few years back, is not an entirely new game, as it is the definitive edition of Mario Kart 8 which originally released on Wii U.