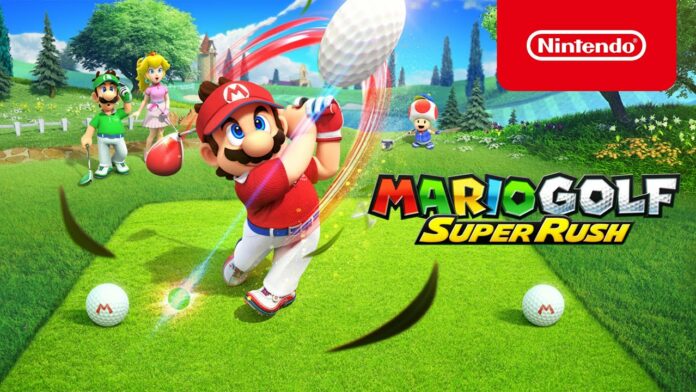 The Mario Golf series is making its comeback later this year with Mario Golf: Super Rush, and it seems like this is indeed going to be a glorious comeback.

Nintendo shared a few hours ago a brand new Mario Golf: Super Rush trailer which provides an overview of the game’s mechanics and features, such as play modes, character roster, courses and much more.

The play modes introduced in the trailer seem to highlight how Nintendo wants all sorts of players to enjoy Mario Golf: Super Rush, even those who are not exactly familiar with the series or golf. Speed Golf mode, in particular, seems to be the fast-paced mode that will make Mario Golf: Super Rush more engaging than ever.

The new Mario Golf: Super Rush trailer also detailed the character roster, which will include 16 characters ranging from Mario’s mainstays like Mario, Luigi, Peach, and Bowser to other popular characters like Rosalina and Donkey Kong and even Pauline, the original lady-in-distress in Donkey Kong and now a full-fledged Mario series character following her appearance in Super Mario Odyssey.