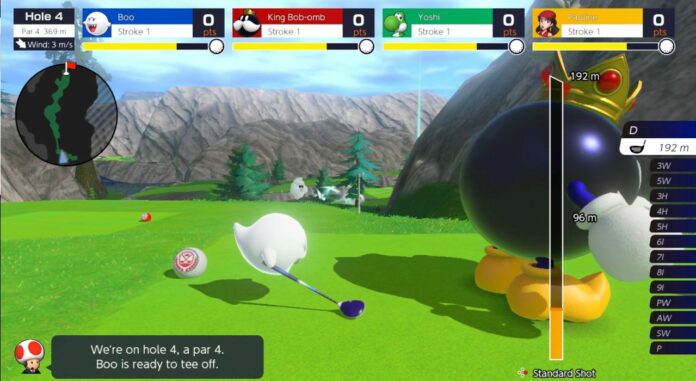 Despite being a very newcomer-friendly game, there are some features and mechanics in Mario Golf: Super Rush that require full understanding from players to become truly effective. The same goes for characters: a few of them are very easy to use, while others require a certain degree of mastery of the game’s mechanics to be used to their full potential.

This is definitely the case with Boo. Here’s everything you need to know to use the character properly.

Boo is one of the characters in Mario Golf: Super Rush that is meant to be used by intermediate players and above. His Power, Speed, and Stamina are somewhat average, and the only stat that sets the character apart from the rest of the cast is the great Spin, especially with the Star Club Sets, which makes it easy to perform curve shots. As these shots are not always useful, however, Boo is a good choice only for Standard Golf, and not for modes where speed is everything, like Speed and Battle Golf.

Boo also comes with some unique quirks that can only be used properly by intermediate players. As the character floats around, it can go over hazards at the cost of Stamina. Additionally, he is unaffected by the icy terrain effects, making him a good choice when playing against a Luigi or on the Bowser Highlands course.

Boo’s Special Shot is Mischief Twister, a special shot that haunts balls on impact, curving their trajectory. This special ability is best used in greens, as it will make it way harder for opponents to putt their balls.

Boo’s Special Dash is Carousel Dash, a simple dash that knocks down opponents on contact, a Special Dash that is quite easy to use, although Boo has to hit characters directly, and not from the sides, to knock them down.