Home Guides Machamp in Pokemon Unite: Everything We Know so Far 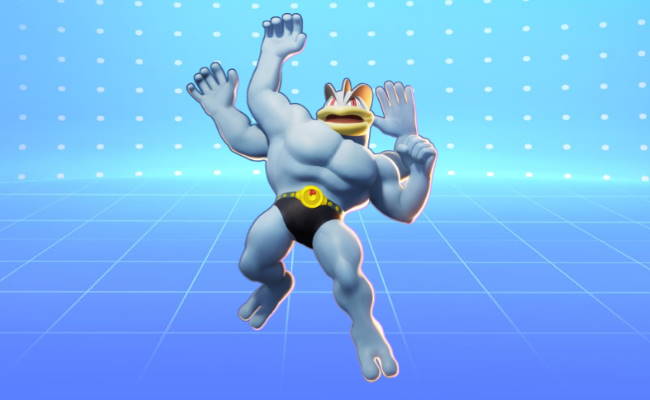 The mighty grappler Pokémon Machamp is one of the playable characters in Pokémon Unite. Utilizing its overwhelming strength, Machamp can shake off any kind of hindrances enemies through at it, allowing it to get in close and personal to really bring the pain! Everything we know so far about Machamp in Pokémon Unite will be explained right here in this guide!

Machamp is an all-rounder melee Pokémon suited for intermediate players. Machamp is a threatening force if it’s able to get to its target, and with the help of its many moves that grant hindrance immunity, you can bet that it’ll make it there eventually. Even if Machamp does get hit with a status condition, it only makes it stronger thanks to the passive skill!

Machamp starts the match out as Machop at level 1. Machop evolves into Machoke at level 5, then finally Machamp at level 9.

Increase the Pokémon’s Attack when the Pokémon is afflicted by a status condition.

Related | Gardevoir in Pokemon Unite: Everything We Know so Far

Chop in an arc in front of you.

After using this move, the user becomes immune to hindrances for a short time, their movement speed and attack are increased, and their basic attack speed is increased. The user’s next basic attack also becomes a boosted attack.

Choose one of these moves to morph Karate Chop into an improved version.

Unleashes a series of punches in the designated direction, dealing increased damage with the last punch. The user can move while using this move and becomes immune to hindrances. The level 11 upgrade increases damage towards Pokémon with a status condition.

Has the user deliver a double chop with forearms crossed while dashing forward. This also increases the user’s critical-hit rate. The level 11 upgrade increases attack with each basic attack, up to a set max.

Choose one of these moves to morph Bulk Up into an improved version.

Jump to the designated location, dealing damage to opposing Pokémon in the area of effect and leaving them unable to act when it hits. After using this move, the user becomes immune to hindrances for a short time, their movement speed is increased and their basic attack speed is increased. The user’s next basic attack also becomes a boosted attack. The level 13 upgrade increases attack and movement speed bonus.

Rush an opponent and attack from above, rooting the target. Machamp is unstoppable while rushing. The level 13 upgrade increases critical hit rate and basic attack speed.

Related | Slowbro in Pokemon Unite: Everything We Know so Far

Increases the user’s movement speed, attack, defense, and special defense for a short time. If used again, unleashes a combo attack, dealing damage to opposing Pokémon in the area of effect and shoving them. The final blow deals an especially large amount of damage.

That covers everything we know about Machamp gameplay-related, so far. Stay tuned for more updates on Pokémon Unite! 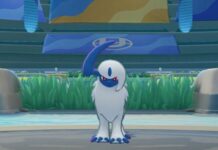 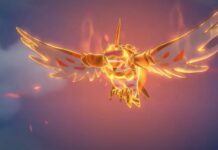 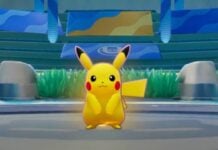