Home Guides Slowbro in Pokemon Unite: Everything We Know so Far 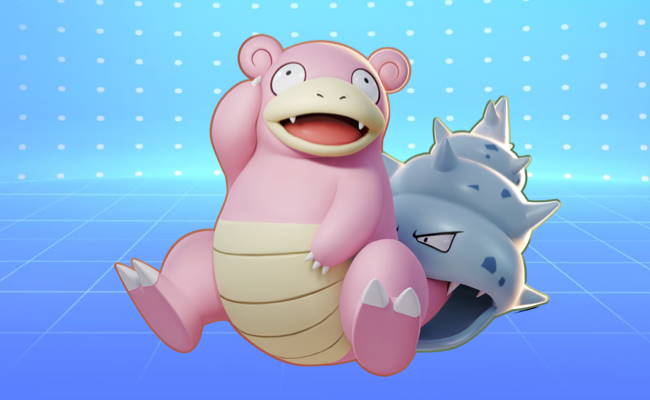 The big, pink, and forgetful buddy Slowbro is one of the playable characters in Pokémon Unite! Slowbro is a beefy Pokémon in the original games, absorbing the deadliest blows with relative ease. Slowbro brings that tankiness to Pokémon Unite, plus some interesting psychic moves! Everything we know so far about Slowbro in Pokémon Unite will be explained right here in this guide!

Slowbro is a ranged defender suited for intermediate players. Slowbro’s high endurance allows it to enter the fray without even flinching, thanks to its Oblivious passive, which converts incoming damage to damage over time. On top of that, any damage Slowbro deals while Oblivious is active will remove some staggered damage over time, which means Slowbro is at its strongest when it’s in the middle of the battlefield.

Slowbro starts the match out as Slowpoke at level 1, then evolves appropriately at level 4.

Related | Gengar in Pokemon Unite: Everything We Know so Far

When the Pokémon receives damage, the HP loss is gradual. When damaging an opponent with a move, the Pokémon nullifies some of the gradual HP loss it has yet to receive, and it also decreases the target’s special defense.

Shoots water forcefully, dealing damage to opposing Pokémon and decreasing their movement speed for a short time when it hits. Holding down the button for this move increases its area of effect and damage.

Choose one of these moves to morph Water Gun into an improved version.

Choose one of these moves to morph Slack Off into an improved version.

Related | Blastoise in Pokemon Unite: Everything We Know so Far

Has the user stare at an opposing Pokémon and attack continually, dealing damage and binding them. Shields the user and makes them unstoppable while they’re using this move.

That covers everything we know about Slowbro gameplay-related, so far. Stay tuned for more updates on Pokémon Unite!