Home Guides Gardevoir in Pokemon Unite: Everything We Know so Far 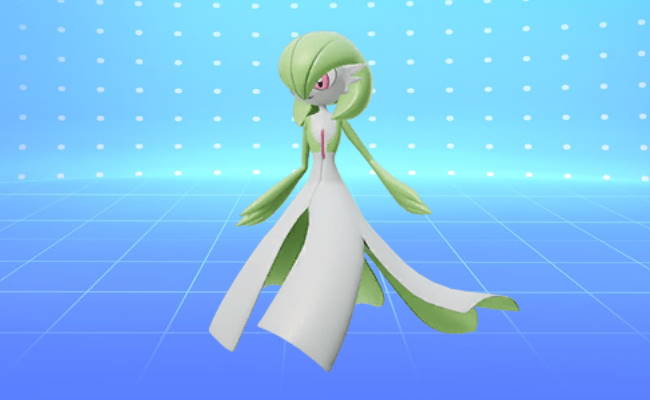 The mysterious and elegant Gardevoir is one of the planned playable for Pokémon Unite. Though not available at launch, Gardevoir will arrive in the game’s first major update. The enigmatic psychic Pokémon can daze Pokémon and leave them disoriented, with the elegance of a dancer. Everything we know so far about Gardevoir in Pokémon Unite will be explained right here in this guide!

Gardevoir is a ranged attacker suited for intermediate players. Gardevoir can pelt foes from afar using various psychic moves, and if left unchecked, they can deal a lot of damage. Gardevoir is also very slippery thanks to moves like Synchronize, Moonblast, and Teleport, granting them good mobility.

Gardevoir’s exact combat attributes remain a mystery, since they’re not actually released yet. Due to Gardevoir’s ranged attacker role, we might be able to assume that they’re going to be a ranged, fragile caster-type character.

When an opponent inflicts reduced movement speed or a damage-over-time condition on Gardevoir, the same is inflicted on that opponent. This Ability goes on cooldown after it’s triggered.

Related | Slowbro in Pokemon Unite: Everything We Know so Far

Warp to the targeted area, granting your next basic attack increased damage.

Shoots a blast of psychic energy in the targeted direction.

Choose one of these moves to morph Teleport into an improved version.

Blast the targeted area three times with psychic energy. The level 11 upgrade increases the damage to successive blasts when the first one hits.

Sets a delayed explosion at the targeted area. Future Sight’s cooldown is reduced whenever it damages an enemy. The level 11 upgrade instantly resets the cooldown upon damaging an enemy.

Choose one of these moves to morph Confusion into an improved version.

Shoot psychic blasts that, after hitting an enemy or traveling its maximum distance, leave behind a psychic circle that deals damage and slows enemies. The level 13 upgrade reduces the cooldown.

Fire a moonlit blast at the targeted area while dashing back at the same time. If Moonblast hits an enemy, it explodes into a cone, damaging nearby enemies and stunning the first enemy it hits. The level 13 upgrade reduces the cooldown.

That covers everything we know about Gardevoir gameplay-related, so far. Stay tuned for more updates on Pokémon Unite!