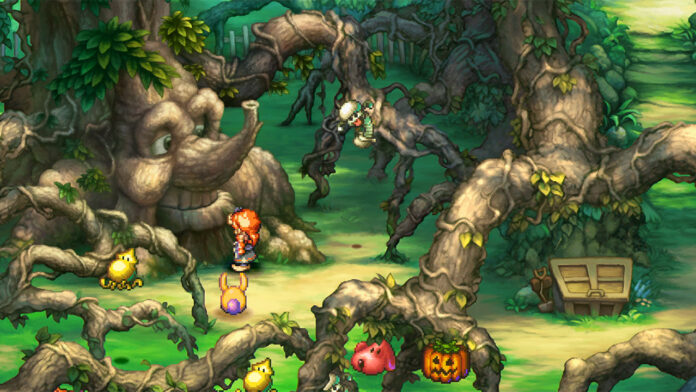 Legend of Mana, the fourth main entry in the Mana series released years ago on the original PlayStation, is coming back to modern consoles, including the Nintendo Switch, soon, complete with some amazing visual improvements that will make the game look even better than it does in its original release.

The game’s official Japanese website has been recently updated with some new comparison screenshots that highlight the increased resolution and remastered visuals. You can find them, alongside some new information on the remaster’s new features, by heading over here.

Legend of Mana is among the most unique action role-playing games released by Square Enix during the first PlayStation era. Unlike its predecessors, which featured a linear experience, Legend of Mana lets players craft the world where their adventure will take place, giving them the freedom to explore multiple locations in any order, and complete quests as they see fit. It’s not a tight experience as Secret of Mana or Trials of Mana are, but it’s still a very good game that all fans of the series should experience at least once.

Legend of Mana launches on Nintendo Switch as well as on other gaming platforms on June 24 worldwide.