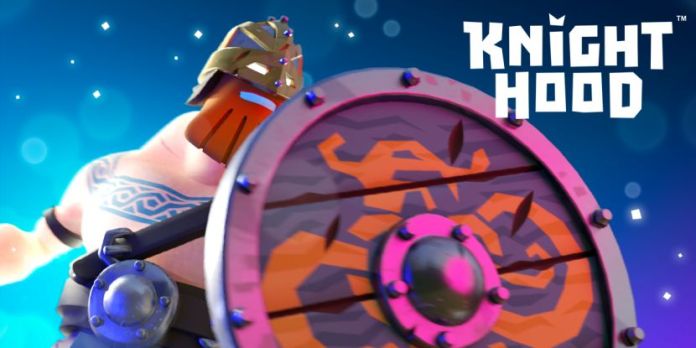 Candy Crush creators King decided to move away from the match three genre and deliver a high quality mobile RPG named Knighthood. We’re here to help you today get better at the game by sharing a complete Knighthood guide: tips and cheats to build your perfect character.

Knighthood is a surprisingly good RPG, offering a lot of things, from new heroes to unlock and use in battle to tons of equipment, enemies and in-game content. A perfect free to play RPG for fans of the genre!

This isn’t King’s first mobile RPG, as they have delivered an equally high quality Legend of Solgard in the past – but now let’s focus on their latest release and check out some Knighthoot tips and tricks below!

Focus on completing all quests ASAP

The Daily Quests and Side Story Quests (plus any other quest that you might have) should be your main priority each day.

These quests are usually completed by simply performing actions that you would normally do anyway, but they reward you with impressive loot and resources – including premium currency – which will come in very handy and help you progress faster.

Constantly level up heroes and gear

I am the type of player that always delays upgrading anything because I want to avoid wasting resources and keep them in case I unlock something better.

And while this is a good strategy overall, you shouldn’t take it to extremes like I somehow do: if battles are starting to get difficult and you still have a lot of items available for upgrades, make sure to use them.

It’s difficult to say what to focus on first – Heroes or Items that your Character uses. They all need different items to be upgraded anyway, so mix and match.

I personally prefer to keep my best weapon at its maximum level at all times – I find it to be the best upgrade possible in the game, since you’ll do weapon attacks most of the time.

Your heroes come next: you can upgrade them by using scrolls, but I found out that simply having a plan and rotating them in battle is a good way to do it – albeit slow.

Finally, I don’t really care about armor too much: unless my character is constantly in danger of getting destroyed, I don’t really see a reason to spend resources on upgrading armor: instead, wait to get better items.

There are all sorts of Merchants that you can visit in Knighthood to buy various items. This could be one of the easiest ways for you to score some pretty amazing weapons or armor – so make sure to visit them regularly.

They refresh their stocks constantly, but don’t rush to just buy anything and everything. Instead, only go for items that are useful in the long run and especially those that can help you complete sets.

Select your best heroes before each battle

Before each battle in the game, you have the option to select the heroes that will accompany you. The game marks the ones that it considers better suited with a thumbs up, so selecting the best ones shouldn’t be a huge problem.

I personally found out that the best heroes in the game (we’ll have an article dedicated to that, so stay tuned!) are those that also heal you and/or restore your armor. It all depends on the type of battle you’re fighting.

Either way, make sure that you spend some time before each battle and bring in the two heroes that are more appropriate for the job: you want to win easily and in as few rounds as possible.

In order to help you make the best choices, we have created a Knighthood tier list, as well as a list of the best heroes for PvP.

When it comes to your character, it can perform two types of attacks: the weapon attack and the gauntlet attack. But which one should you use?

If you are looking at damage dealt alone, then most likely the weapon attack is by far the winner. However, things are a bit more complicated…

Whenever you attack, you fill the hero or rage meters, getting closer to using your Heroes’ special skills or the even more spectacular Gauntlet Super Attack. The latter is really powerful, but needs more attacks with the lower damage dealing Gauntlet instead.

So in order to decide which attacks you should prioritize depends on the difficulty of the battle and how important it is to get at least one Gauntlet Super attack with your Heroes.

Usually, you can get through the main story battles without really needing the Gauntlet’s attacks, but usually in the arena, you’ll have to use them at least once. Assess the situation based on the enemies you’re facing and decide if you should fill up the Gauntlet’s meter.

TIP: You can usually get some easier fills to your Gauntlet if you start a new turn against a single enemy that will surely be destroyed by up to 4 Gauntlet attacks. If that’s the case, there’s absolutely no sense in attacking with your weapon: perform the Gauntlet attacks instad!

By “weakest” I mean the one with the lowest health – or the one that’s the easiest to take out.

The reasoning behind this is very simple: the fewer opponents you’re facing, the better, because you have to deal with fewer attacks coming straight at your character.

So always spend a bit of time looking at the opponents and first take out the ones that are easiest to get rid of. (Don’t forget your Heroes – some attack the back row heroes, which is also a big bonus sometimes)

Use hero’s and Gauntlet Power at the right time

Since both these attacks are extremely powerful, you should make sure that you’re using them at the right time and against the correct enemy.

Each hero does better against a certain type of enemy, so take advantage of that. Some heroes can also inflict effects on opponents – freezing them or stunning them is extremely useful, so it might be wise to attack the strongest opponents with Heroes that have this special ability.

One thing is clear, though: timing your attacks and focusing them on the right enemy or enemies can make the difference between winning and losing a battle. So don’t just randomly use these special attacks whenever they’re unlocked!

Keep an eye on the Fame leaderboard

I found out that a solid indicator of the best heroes in the game – or at least a solid guideline for new players is the Fame Leaderboard.

You can see which are the top players in the world by checking it out and, even better, you can see their equipment and most importantly, the assigned heroes.

If you too have those heroes, it’s a good indicator that it might be a good idea to focus on them more than others. Still, getting to those levels will require time and dedication (and maybe money as well).

Know your enemy (and your heroes)

One of the most important things in RPGs like Knighthood is knowing your enemy. The game shows you who you will be facing in the coming battle and sooner rather than later you will know what those enemies do and how take them out easily.

At the same time, knowing your heroes is vital: even though the game itself generally gives the thumbs up to the ones that are indeed more useful, you will eventually have a lot to choose from, so knowing the strengths of each hero is essential.

This way, you will have an easier time preparing each battle and ensuring that you end up victorious – and as fast as possible, too. If you want to better prepare, check out our list of all heroes in Knighthood.

Should you focus on the starting Gauntlet?

I have a love/hate relationship with the Gauntlet because it deals so little damage compared to the weapons… but then again, the special attacks of heroes are so strong.

To make things even more complicated, you have a bunch of Gauntlets that you can unlock (eventually). And since upgrading your Gauntlet requires a ton of resources, the question arises: should you invest at all in your starting Gauntlet or not?

My personal belief is that you should. It will be a long time before you will meet the requirements to unlock other Gauntlets – and the really good ones will require weeks, if not months of playing.

You simply can’t progress through the game if you don’t upgrade your starting one – and the truth is that the bonuses it offers are not that bad, in the end. One thing is certain: you will need them and most likely most of the players will just play with this basic Gauntlet.

As you progress through the main campaign, you will unlock all sorts of features and places on the map, including Mines that reward you with resources – especially for upgrading your gear.

Make sure that you constantly collect from these mines as the resources are not awarded automatically. It’s ideal if you can log in multiple times throughout the day to collect these resources.

At the moment, the guild system in Knighthood doesn’t offer a huge set of new features, but a good guild can still help you tremendously in progressing faster and making your character better.

The main function of a guild right now is fighting Guild Bosses: a set of very hard to beat characters that guild members can attack.

Being part of an active guild, therefore, is important: voting doesn’t start unless there are at least 5 members in the guild and there are all sorts of benefits and boosts to be had afterwards.

Eventually, you’ll have to start grinding

Of course, being a free to play RPG, Knighthood is a game that will eventually hit the grind wall. It will take some time before you get there, but get there you will.

You should prepare for this in advance, completing hunts over and over again to gain shards for upgrading characters and all sorts of other resources.

The good thing about hunts is that you can Raid them once you’ve three stared them, which means that you instantly complete the hunt without having to go through the battle itself. Really useful!

When grinding those stages, make sure to focus on the ones that give you shards for heroes you like to use in battle, to make them even more useful.

These would be our tips and tricks for Knighthood – if you have additional advice for fellow players, don’t hesitate to let us all know by commenting below.

There are also many other things to talk about, from ranking heroes and minions to arena battles and more… but we’ll talk about these all in future articles dedicated to these specific features.