Legend of Solgard is an exceptional game, unlike anything we have seen so far. We love it and I am sure you love it too. But you also want to get better at the game, so we’re here to help you with that by sharing some Legend of Solgard cheats and tips in our complete strategy guide.

We’re going to cover all the game’s mechanics, tips to winning your battles and unlocking more creatures for your deck. In other words, everything you need to know about playing King’s latest and most amazing game to date: Legend of Solgard.

Now let’s not waste any time and instead let’s check out all the Legend of Solgard tips and tricks below! 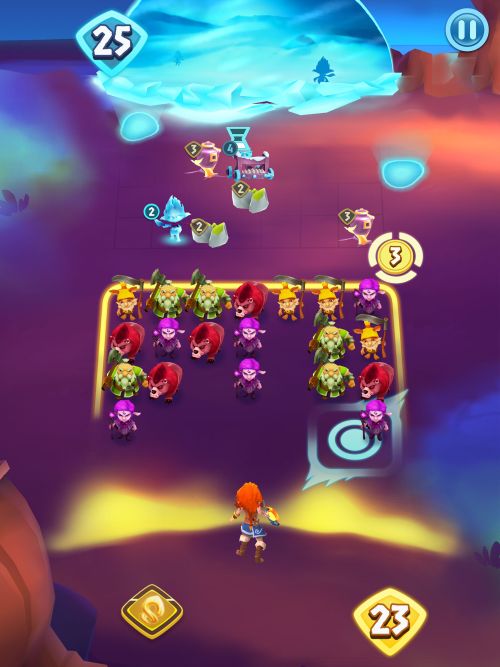 Complete the Campaign Missions ASAP
We’re going to start with the most obvious things, but we have to cover everything in order to make sure that you get everything done right.

So focus on the single player campaign and keep doing so until you can’t do it any more. The reason why you should always focus on it (especially until you reach the higher levels) is that it will be your main way of getting more shards for unlocking creatures and powering up your existing ones.

Don’t start investing right away – make sure that your guild as active and solid. So until you reach level 7, there’s not much saying how active a guild really is except for donations. But as soon as you (and other guild mates) reach level 7, you can start battling in the dungeons with other guild members.

If they are not as active as you are, don’t be afraid to leave the guild and search for a better one. The better and more active it is, the greater your benefits! 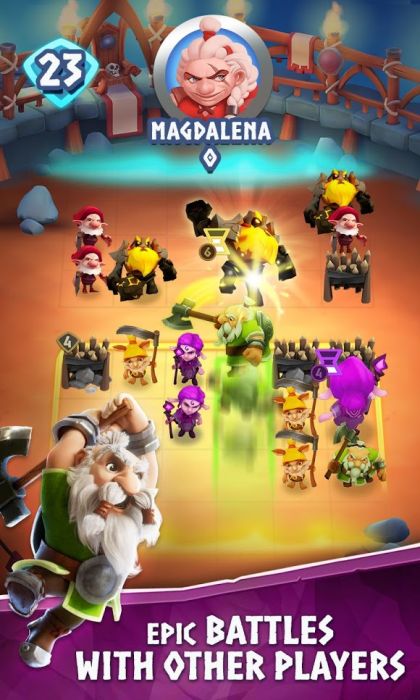 Keep an eye on the other Game Modes
As you level up, you will unlock various other game modes, like the Treasure Caves that give you a lot of goodies, the Bounties at level 7, the Dungeons at 7 and so on.

As soon as you reach level 8, my recommendation would be to always start playing the additional game modes and only afterwards focus on playing the campaign in order to optimize earnings and loot.

Upgrading your Creatures
There is a ton of creatures available in Legend of Solgard, but only 4 spots in your squad. Even more, additional creatures are difficult to unlock and level up – but it’s part of the game and it pays off to invest.

Early on, you won’t have much choice but to keep working on the four starting creatures as they will be your main ones for a while, so don’t hesitate to level them up, purchase new Gems and level up their skills.

When it comes to Gem upgrades, I personally prefer going for the damage or visible boosts at first. Stuff like chance to block or critical chance are very low to upgrade first and you get more by getting the sure thing. Of course, you will need to get all three slots filled up eventually in order to level up a creature, but always start with a Gem that has an instant effect on the battlefield (like damage, merge bonus etc). 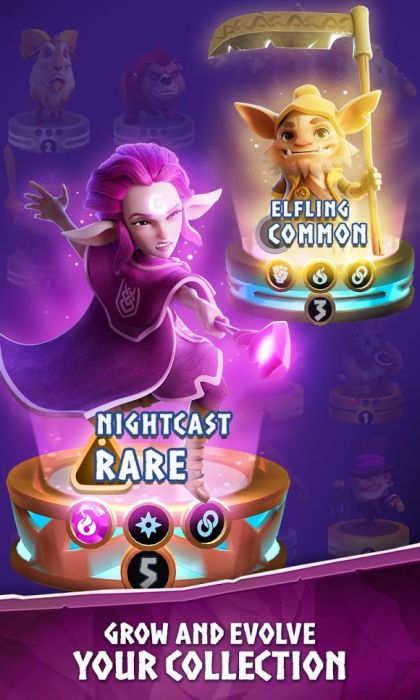 How to get more Creatures
The starting creatures are pretty balanced and do a great job working together, but you definitely want some diversity and more options – as well as to unlock the rarer creatures in the game.

Getting more creatures is not very easy and you rarely have control on what you’re getting, but it’s how things are and the more active you are, the more and better creatures you will have.

The main way to get more creatures in Legend of Solgard – at least for a while – will be completing the Campaign Stages. You will also receive free chests every 4 hours and can hold up to 2 at a time, so make sure you open those constantly as well in order to increase your chances at unlocking more monsters for your team.

You can also get some monsters from the shop by spending in-game currency. They are pretty expensive though so unless it’s something you really want, I’d say that it’s best to avoid this method – at least for a long while.

Each day, you will be able to complete the daily missions – and completing them all will reward you with a chest. So make sure you do this daily in order to increase your rewards.

Once you reach level 10, you unlock the Heroic campaign modes where you will be allowed to complete previously completed stages and get some additional shards for your creatures. Just tap each of the creatures in the game and see where you can find more shards for them.

Finally, performing well in the various in-game events or game modes can reward you with additional creature shards based on your performance. Usually,t he golden rule of thumb here is that the more active you are and the better you play, the easier it will be for you to unlock new creatures.

Consider paying for a subscription
If you don’t mind spending some real life money on this game, the subscription offer is really good, especially if you know you will be active. You will receive a total of 1980 Diamonds over a period of 30 days, which is enough to let you buy one Large Massive Chest or two smaller ones. A very, very good deal if you are ready to wait a bit and you will be active daily.

Tips for winning all your fights in Legend of Solgard
Everything you do in the game will eventually take you to fighting opponents: either human or AI-controlled ones. If you want to do better in battle and win all your fights, have in mind our recommended tips below:

– keep an eye on your enemies: being prepared and knowing who will strike, when and how much damage will deal helps a lot. You can prepare your attacks better, create matches where they will make a difference or, if things get really desperate, at least summon a bunch of new creatures hoping that the game puts as many as possible in front of a strong enemy that’s about to attack.

– use your spell: this is something I usually forget about and even though the random spell that does a bit of damage won’t really matter in most fights, it’s better than nothing. So keep an eye on your spell and cast it when you have enough mana.

– bigger is better: yup, this is true in Legend of Solgard as well! Try to create larger creatures by matching them in a square in order to attack multiple lanes and get bigger damage boosts. If you can place two creatures behind (even if it’s not a Large creature), it’s even better for increased damage!

– create fences for extra protection: in most battles, this is the thing I am focusing on at the beginning. Fences are your friends and the more powerful they are, the better because they give you more and more chances to really build a strong army behind them.

– don’t be afraid to recall troops: it seems counter-productive to waste one move to recall a troop, but as long as that’s a smart move, make it! Having various troops scattered all over the battlefield means nothing: just work your way to create matches exactly as you want them and don’t be afraid to lose a move recalling a troop.

– plan ahead: although not the easiest thing to do, since you will randomly get new creatures when you decide to summon extra ones, at least a bit of planning will take you a long way forward. So do it!

Plan your moves, matches and ultimately attacks based on how will they help you in the long run. Although usually it’s a good idea to focus on removing the minions on the battlefield first, you might sometimes have enough openings to attack the base/hero/whatever at the back and end the fight. So always keep an eye on the battlefield and plan your moves thinking at your end goal and how to get there faster.

This would be all that we have in store right now for fellow Legend of Solgard players. If you have additional tips and tricks to share – or maybe questions, don’t hesitate to let us know by posting a comment below. 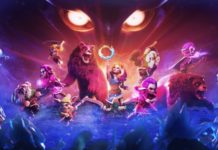 Legend of Solgard: How to Unlock All Creatures / Characters