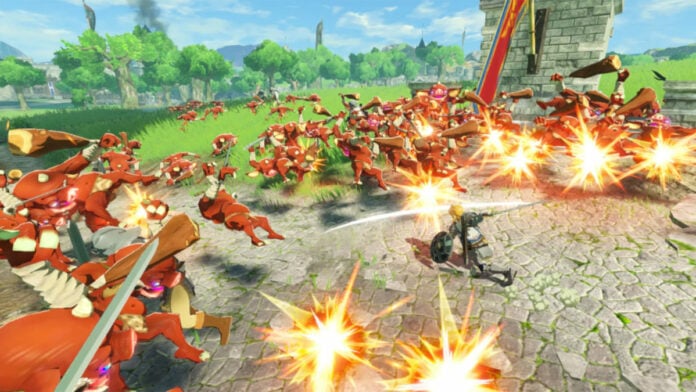 The hype levels for Hyrule Warriors: Age Of Calamity are definitely on the rise, which is not surprising considering Zelda fans are starved for a new entry in the series, and excitement has increased even more thanks to new footage that has been shared online yesterday.

During a new Treehouse Live stream, which also showed more of Pikmin 3 Deluxe, it has been confirmed that one of the most iconic locations in all of the Zelda series, the Lon Lon Ranch, will appear in Hyrule Warriors: Age Of Calamity.

The ranch also appears in Breath of the Wild, but it is in ruins, so it’s likely we will witness its destruction in the game.

The new Treehouse Live event also confirmed that Koroks will appear in Hyrule Warriors: Age Of Calamity and provide players with rewards that have yet to be confirmed.

In case you want to check out the full Hyrule Warriors: Age Of Calamity Treehouse Live stream, you can find it right below.