Home Guides How to unlock Senna champion in Wild Rift

Riot Games recently rolled out 2.3b update in which the developers announced the arrival of two new champions, Senna and Lucian.

Since players were quite eager to unlock the two new champions, the developers have finally released a new event called Sentinels of Light in the League of Legends: Wild Rift.

While the event is primarily introduced to unlock the Senna and Lucian champions, players can grab other complimentary rewards until the event concludes.

So how to get them? Keep reading this article to learn more about acquiring the freebie champions.

How to unlock Senna in Wild Rift

First off, it’s important to note that the Sentinels of Light event is valid from July 8 to August 10. Therefore, gamers have around a month to get their hands on the newly introduced champions. Here’s how to unlock it:

Apart from the champion itself, players can also grab a plethora of free rewards to expand their inventory.

Once a Sentinel is released, you’ll start building your bond with them right away, even if you don’t visit the Headquarters (HQ) first.

Stay tuned with us to receive the latest information and updates for League of Legends: Wild Rift.

Related: How to rank up fast in League of Legends: Wild Rift 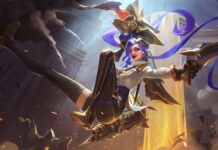 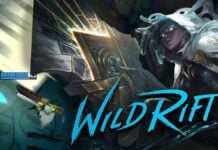