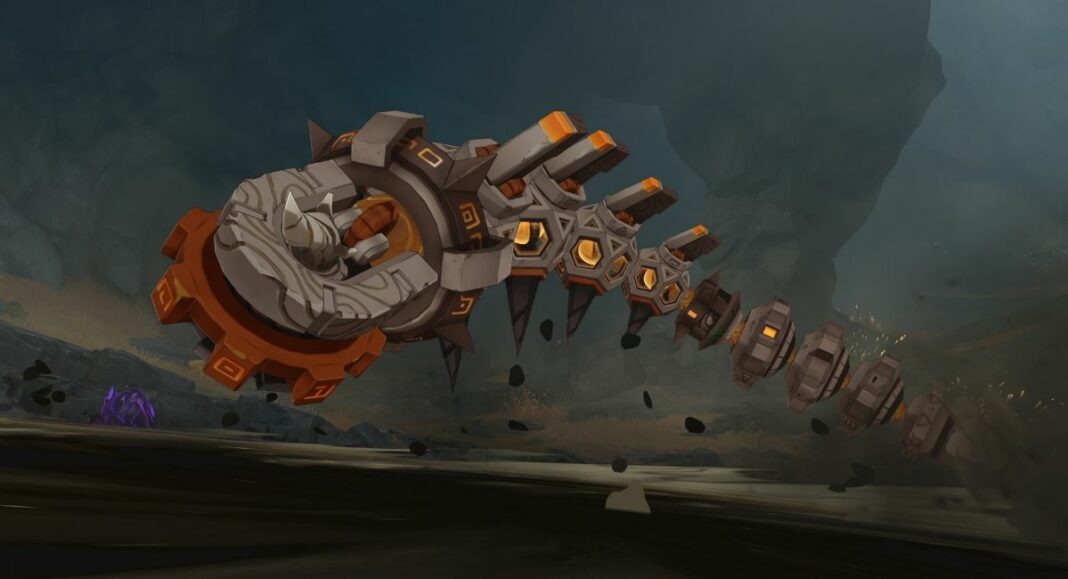 Ruin Serpent is a world boss in Genshin Impact that got added to the game with version 2.6 “Zephyr of the Violet Garden” update. You can fight and defeat the boss to obtain the ascension material required to ascend characters like Kamisato Ayato and others.

In this Genshin Impact guide, we share details on how you can get the Ruin Serpent boss arena.

How to Unlock Ruin Serpent Boss Arena in Genshin Impact

Once that is done, you will get another world quest called The Chasm Delvers that will take you to the inner depths of The Chasm, into the Underground Mines area where the Ruin Serpent boss arena is located.

Once you are in the Underground Mines area, you have two options:

How to Unlock Ruin Serpent Boss Arena in Genshin Impact