Home Guides How to unlock Katarina in LOL: Wild Rift

Wild Rift, the portable version of League of Legends, features a wide range of champions to use while engaging on the battlefield. While some of the champions are already available in the game, players have to unlock the rest through events and challenges.

Most recently, the developer Riot pushed the Patch 2.1A for Wild Rift in which the company introduced a new Wild Rift champion known as Katarina. For the new champion, they also added a new challenge called Katarina’s Challenge, through which players can unlock the new hero.

Hence, in this guide, we’ll take a look at the process to unlock Katarina in Wild Rift.

How to unlock Katarina in LOL: Wild Rift

Players can unlock the new Katarina champion by completing all the missions of Wild Rift’s new Katarina’s Challenge. Before moving forward, it’s important to note that all the tasks must be completed in sequential order.

Here’s the list of Katarina’s Challenge missions along with their rewards:

After completing the seventh and final mission, the exclusive reward – Katarina, will be credited to the players’ account.

In addition to this, those looking to score extra style points with their takedowns might also consider picking up the Katarina Release Set for 2077 Wild Cores, which includes:

Related: How to emote in League of Legends: Wild Rift | Touch, Tap, Play 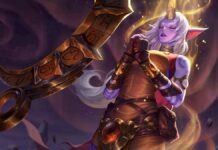 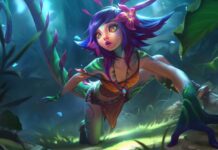