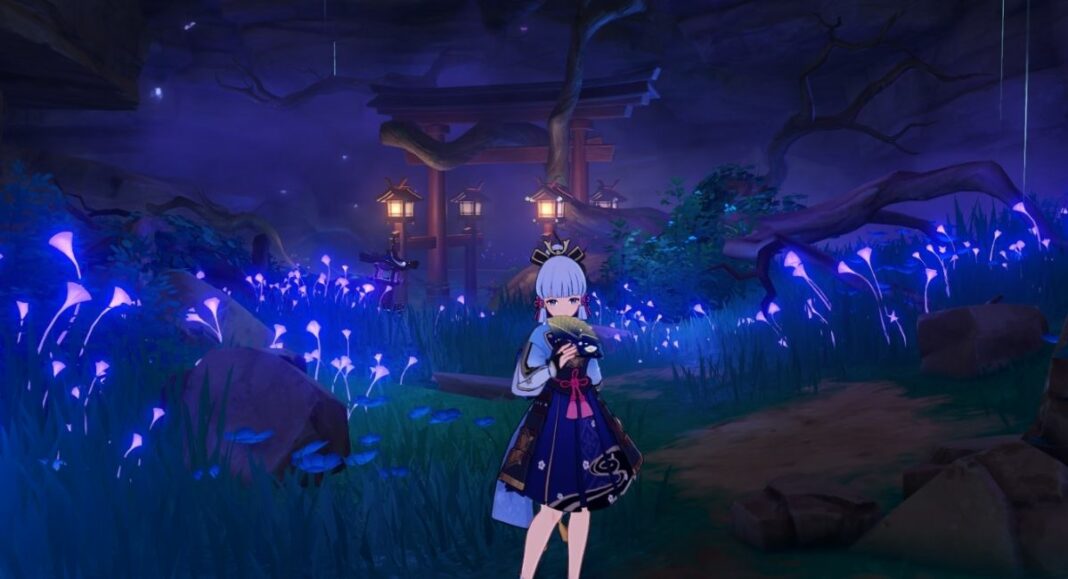 Genshin Impact Inazuma update has introduced some of the biggest, full with puzzles, beautifully crafted, and time-consuming world quests the game has ever seen. One such quest is Sacrificial Offering, a part of the Sacred Sakura Cleansing Ritual quest.

To solve the new cleansing puzzles in Genshin Impact, players have to adjust the lantern-like mechanisms to form a pattern as shown in the Torii Gate.

The cleansing puzzle in the Sacrificial Offering quest is easy, the lantern-like mechanism in the middle of the torii gate will have two magatama-like lights, rest will have three. Once everything is set, interact to pray.

That’s all you have to do to summon the Mysterious Samurai – whom you have to kill to cleanse the sacred sakura.

We already have a complete guide on the Sacrificial Offering world quest. It covers every section of the quest, from start to end.