Home Guides How to Free the Dog on Jinren Island | Genshin Impact Who... 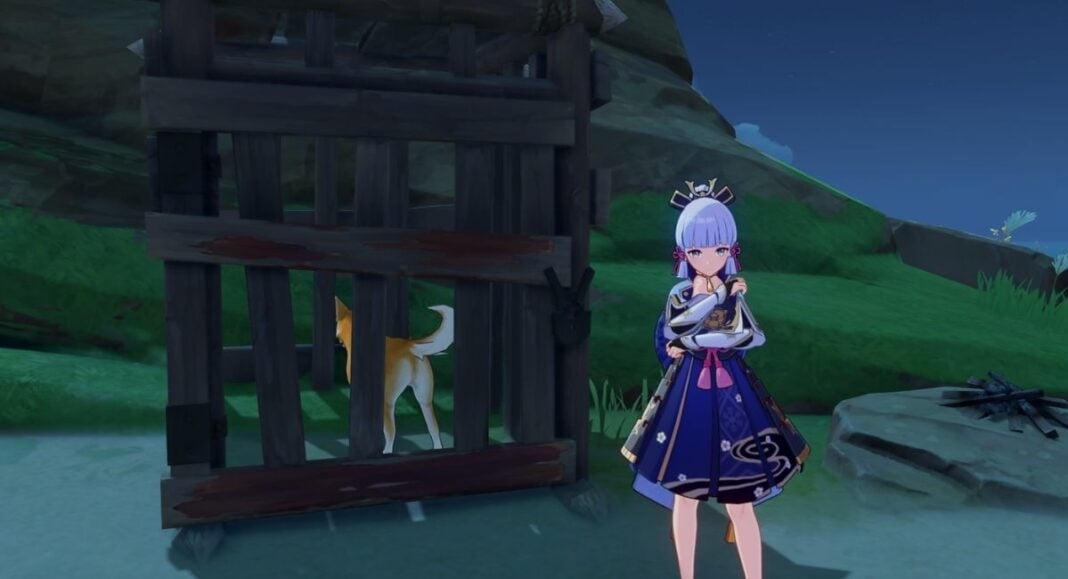 Genshin Impact‘s Inazuma region offers a pool of new puzzles, world quests, hidden secrets, achievements, and a ton of other content for players to dive right into. While exploring the North part of Narukami Island, players come across an island called Jinren. When players travel to the Island, on the coast, they find a dog locked in a wooden cage.

In this article, we will talk about how players can open the cage and free the dog inside. As players have to eventually free him to unlock a newly added achievement.

How to Free the Dog on Jinren Island

To free the Dog on Jinren Island, players need a metal key. Two metals keys are found on Jinren Island itself. If you are having a hard time finding the metal keys, do not worry. We already have a location guide on where to find metal keys in Genshin Impact.

Assuming you followed the linked guide and now have to metal keys. Go to the cage near the Jinren Island coast. You can use the metal key to free the dog from the cage.

If you follow the dog after freeing him, he will lead you to a precious chest. A bonus reward right?.

To get the “Who Let the Dog Out” achievement in Genshin Impact, players have to free the dog on Jinren Island using the metal key. If you followed the above guide, you must have already unlocked the aforementioned achievement.