Home Game Guides How to Recruit Narve in Triangle Strategy 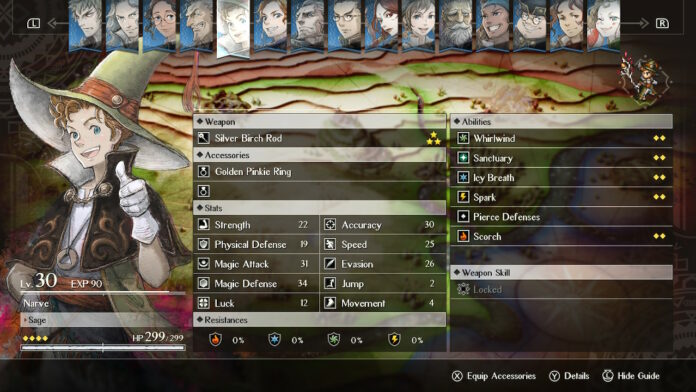 Triangle Strategy features a lot of different characters all coming with their own unique abilities that make them more or less useful depending on your combat party composition and the battlefield.

This is the case of Narve. Here’s how to recruit this powerful character as quickly as possible.

How to Recruit Narve in Triangle Strategy

Narve is among the optional characters in Triangle Strategy that are not locked behind any specific story path, but that still require you to meet certain conditions to unlock.

While Narve is not that different from the other magic-focused characters in Triangle Strategy, he is considerably more versatile, as he can use all elements, Fire, Ice, Thunder, and Wind, and can also heal allies with the Sanctuary spell. Wind magic also changes a target’s orientation, making it easier to attack enemies from the back and thus deal critical damage to enemies without having to maneuver around them.

How to Recruit Narve in Triangle Strategy