Home Game Guides How to Recruit Milo in Triangle Strategy 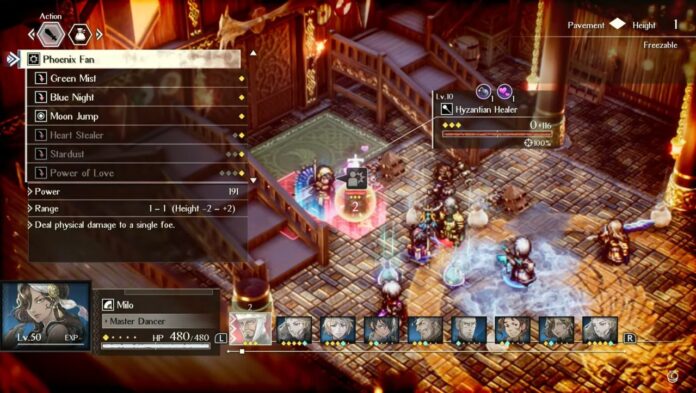 Being a tactical role-playing game, it is unsurprising to learn that Triangle Strategy features 30 playable characters all coming with their own unique abilities that define their combat role. Not many of these characters, however, will join House Wolffort automatically.

This is the case of Milo Yuelle, a mysterious character that plays a somewhat important role in the story but that will only join Serenoa’s army if a certain condition is met.

Here’s how to recruit this extremely useful character.

How to Recruit Milo in Triangle Strategy

Milo Yuelle, who appears in the story as an agent of Hyzante and will often appear to aid Serenoa if his journey brings him to side with this kingdom, can only be recruited somewhat late in the game and only if you make a specific choice.

Milo will join Serenoa’s army only if you decide to return to Wolffort in Chapter 15. After this chapter’s events play out, Milo will become a permanent member of your army, and from here onward able to aid you in combat with her unique dances. As returning to Wolffort is also one of the requirements for unlocking the Golden Route and the game’s true ending, you will get Milo even if you decide to play through the game only once but go straight for the best possible ending.

How to Recruit Milo in Triangle Strategy