Home Game Guides How to Recruit Lionel in Triangle Strategy 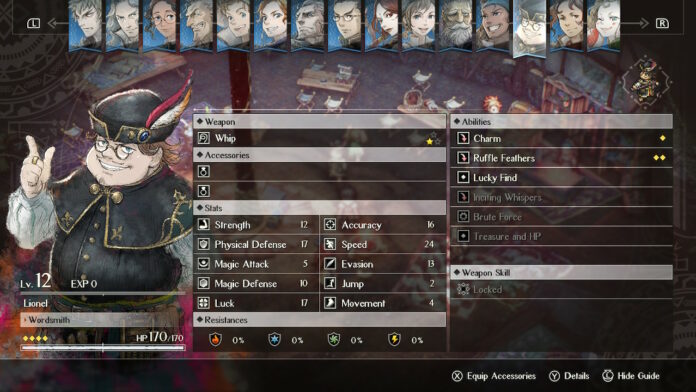 Triangle Strategy features a big character roster that features some very interesting individuals that come with unique combat abilities, so you will want to recruit as many of them as possible in a single playthrough to unlock some additional combat options that can make the game’s combat even more varied.

While some of the most powerful characters in the game are locked behind certain story paths, many of them are not. This is the case of Lionel, and here’s how to recruit him as quickly as possible.

How to Recruit Lionel in Triangle Strategy

Lionel Khapita, the merchant you get to meet as soon as you can access the Encampment in Triangle Strategy, won’t just help Serenoa and House Wollfort’s army by providing some useful items, but also by joining them in battle once certain conditions have been met.

Lionel can be recruited once his Character Story has been unlocked, and this is done by increasing Serenoa’s Utility to 400. Once this is done, an icon will appear in the lower right part of the screen while on the map, and you can access the unlocked Character Story by pressing the + button.

Lionel is a very interesting character that can manipulate the enemy with words, inflicting status ailments and even debuffing them, which makes him a great support unit. He is not very good on the frontlines, however, so always make sure to keep him protected, otherwise he will go down in just a few hits.

How to Recruit Lionel in Triangle Strategy